World's First Professional and Largest Domino League will host a tournament in Las Vegas, Nevada, where 256 professional domino players from around the World will compete for a chance at $50,000 in cash and prizes 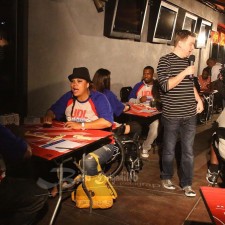 The Universal Domino League will host the world’s biggest domino tournament, where over 1,000 attendees and players from across the nation will witness professional dominoes, the new cutting-edge phenomenon to hit Las Vegas, Nevada.

The UDL is the world's first professional domino league and first official gaming association dedicated to the game of dominoes that will provide support, services and a safe fun environment for domino players around the world.