“We’ve been building and growing Sawyer Effect since 2014,” Oscar Gonzalez, Sawyer Effect’s founder and CEO, said. “Our intention never was to sell the company; our vision has always been that SE would be a life-long project in which we create the perfect synergy between giving clients high-quality solutions while creating a work environment that the entire team loves.”

But Gonzalez explained that the long-time synergy with UV made it “irresistible” for him to join forces with UV, and to bring along the team. “SE becoming part of UV not only creates a stronger company together than each part had individually, but after having collaborated on various projects and getting to know the executive team as well as their great teammates over the last few years, I realized that our synergies aren’t just ‘on paper’ but complementing each other ‘in practice,’ with strongly aligned work cultures, priorities, and processes. And they’re consistently such good people,” Gonzalez continued.

Sawyer Effect’s strengths in high-quality, high-end software development for world-class, largely Fortune 500 clients including Converse, J.Crew, and Nautica are embodied in its focus ecommerce platforms, including Adobe Experience Manager. For United Virtualities, who is growing in strength and ability in precisely these two technologies, Sawyer Effect’s expertise will enable them to grow faster in these two areas. With this acquisition, United Virtualities now has four global offices with a team of over 115.

Erik Laurenceau, United Virtualities’ CEO, was even more excited about the acquisition, whose terms are undisclosed, than Gonzalez was. “We had been looking to grow our office in NY as well as establish yet another office in Latin America with software talent and ecommerce expertise,” Laurenceau said. “But with Sawyer Effect, we’ve found a partner that goes beyond that. Frankly speaking, I didn’t expect our priorities, our teams, and even our decision-making methodologies to align as well as they have.”

Gonzalez and Laurenceau have known each other, and had been distantly following each other’s trajectories, since 2009. “Erik and I met while working for Converse in 2009. We both were Tech Leads on different sides of the table, working for different companies, but as a team for the same client, Converse,” Gonzalez said. “We both earned a lot of respect for each other than which, during the last decade has only grown, in both directions. Well, at least in my direction and I assume from Erik’s as well.” Laurenceau confirmed that the feeling was mutual.

United Virtualities is a boutique tech consultancy that works with mostly mid- to large global companies including HP Enterprise, Nike, and National Geographic to both develop the technology solutions their clients need, and also to provide critical consultancy services to help them figure out, plan and manage what they need. United Virtualities has Data, Commerce and Digital practices, with particular strengths in Adobe Experience Manager and lean stacks, such as React and Node.js.

You can learn more about United Virtualities, as well as Sawyer Effect, at their website, "We Are UV" at weareuv.com, or just say hi to Morgan at mfriedman@unitedvirtualities.com or +1 (347) 809-3379. 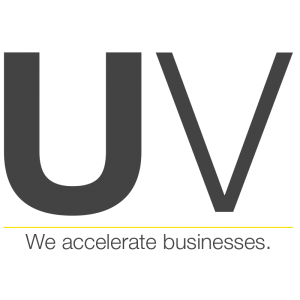