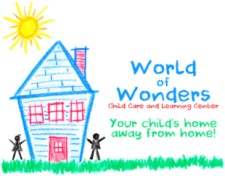 Marysville, Ohio , April 14, 2017 (Newswire.com) - World of Wonders Child Care and Learning Center (WOW) is in danger of closing its doors as the Union County Commissioners and Union County Board of Developmental Disabilities have given notice that they will attempt to force the removal of WOW from the building that it helped build, pay for, and maintain. WOW has occupied the building for over 21 years and the forced removal of WOW would result in its immediate closure, the elimination of local jobs, and the loss of child care and education services for students, parents, and care givers in the community.

Unfortunately, these appear to have been false promises. The Union County Commissioners have attended public and closed meetings with the UCBDD to discuss the removal of WOW from the space, as did the Assistant Union County Prosecutor, Thayne Gray.  The Union County Commissioners did not, however, attend any of the board meetings at WOW, and during meetings that were held with WOW they did not offer to provide any assistance with the negotiations or in the relocation of WOW.

The building at 1280 Charles Lane is occupied by two nonprofit companies, UCBDD and World of Wonders. Over 21 years ago, WOW developed the concept in collaboration with the UCBDD to construct a daycare facility on the site and integrate the two schools. The UCBDD passed a resolution supporting the efforts of WOW but establishing that UCBDD funds were not to be utilized for the construction. WOW raised funds and was provided with grant monies for the building project. No county funds were used in the construction of the building. WOW subsequently contributed significant funds for structural repairs, maintenance, and improvements to the building. Now, despite all this, and despite their prior promises and assurances, the UCBDD and the County Commissioners have indicated their intent to attempt to remove WOW from the building which would result in its immediate closure.

World of Wonders (WOW) is a 30-year-old nonprofit early learning center and daycare, run by a parent and community Board of Trustees, that provides services to families of all financial backgrounds. WOW accepts an unlimited number of State subsidized families as well as private pay customers, at a rate comparable or lower than other daycare center in the area. World of Wonders is kicking of a massive fundraising campaign and public awareness campaign as to the damage this move will create in the Marysville community. The UCBDD and the County Commissioners have indicated their intent to use your taxpayer dollars to attempt to petition a Court to remove WOW from the facility that would not exist but for the actions and efforts of WOW. Over 115 children and 220 parents and caregiver would be without childcare, and over 20 employees will be out of a job should the forced removal of WOW continue. WOW often accepts children that no other center can accept due to funding and financial difficulties and, because there are not enough childcare spots left in the county to provide care for these children, the actions being threatened by the UCBDD and the County Commissioners will leave many children and families with nowhere else to turn,