Russell Feingold receives a 100% rating, endorsement from the Women's Chamber as a champion of women's economic priorities. 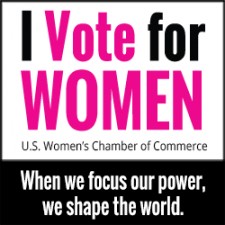 Washington, DC, September 19, 2016 (Newswire.com) - “I am proud to announce the endorsement of the U.S. Women’s Chamber of Commerce (http://www.uswcc.org) for Russell Feingold in the race for Wisconsin’s U.S. Senate,” stated Margot Dorfman, CEO. “Russell Feingold has a remarkable track record of getting things done for his community. And he understands that now is the time to continue to leverage his experience, relationships and conviction to support the needs of Wisconsin families in the U.S. Congress.”

“Russell Feingold understands Wisconsin needs a robust platform for the creation of quality jobs to support and rebuild our middle class. He is also a champion of women’s economic priorities, receiving a one-hundred percent rating from the U.S. Women’s Chamber of Commerce,” continues Dorfman.” Russell Feingold brings accountability to Washington, working to eliminate government waste and boosting job growth by rebuilding our transportation and infrastructure, including broadband access for all,” adds Dorfman.

“Russell Feingold has a proven track record as an effective leader that includes serving on several committees including Committees including Budget, Judiciary, Foreign Relations and Intelligence,” adds Dorfman. “He has been a staunch supporter of fair pay, raising the minimum wage, family medical leave, while aggressively working to eliminate waste and perks for government officials and believes we need to eliminate corporate tax loopholes and ease the tax burden on middle class families.”

“Russell Feingold will get things done in Washington that will directly support strong Wisconsin family economics. We are proud to endorse his candidacy.”