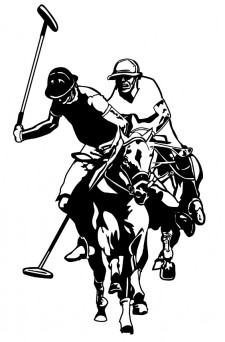 The High Court of South Africa, Gauteng Division, Pretoria has ordered that over 40 registered trademarks in the name of LA Group be canceled and expunged from the trademark register in South Africa.

In a comprehensive judgment issued Nov. 29, 2019, the judge made some notable remarks with respect to the word “polo,” finding that it is non-distinctive in a trademark sense, stating:

The Court also held that, in some instances, LA Group failed to provide and advance clear and compelling evidence of use or an intention to use certain of its trademarks in South Africa.

Of particular importance to consumers in South Africa, the Court expressed its concern regarding the manner in which LA Group had used some of its POLO trademarks in South Africa, which use the Court held had created a likelihood of deception or confusion in the marketplace between LA Group’s brand and that of Ralph Lauren.

“U.S. Polo Assn. is the only authentic and official brand of the United States Polo Association,” noted J. Michael Prince, president and CEO of USPA Global Licensing Inc. “This brand represents the sport of polo while supporting and sponsoring numerous programs to benefit the people of Africa and bring awareness to this historic sport.”

USPA, the sport of polo's American governing body, has sold their trendy apparel and other merchandise under their iconic U.S. POLO ASSN. brand in South Africa for many years, and in 2018 partnered with Stable Brands to increase its presence. USPA has registered trademarks dating back to 2007 in South Africa, and has an absolute right to use those trademarks in commerce, despite the strenuous efforts and attempts of LA Group to claim otherwise and to block USPA’s famous brand from being offered to the South African market.

U.S. Polo Assn. is the official brand of the United States Polo Association (USPA), the non-profit governing body for the sport of polo in the United States founded in 1890, making it one of the oldest sports governing bodies. With a global footprint of $1.7B and worldwide distribution through 1,100 U.S. Polo Assn. retail stores, department stores, independent retailers and e-commerce, U.S. Polo Assn. offers apparel for men, women and children, as well as accessories, footwear, travel and home goods in 180 countries worldwide. Recently ranked the 4th largest sports licensor and 36th overall in License Global magazine’s 2019 list of “Top 150 Global Licensors”, U.S. Polo Assn. now takes its place alongside iconic sports brands such as Major League Baseball, National Football League and National Basketball Association.

Stable Brands (Pty) Ltd, a proudly South African company, has decades of experience working with various international apparel brands. The company recently increased its portfolio by securing the distribution rights of the U.S. Polo Assn. brand into South Africa. Stable Brands employs an array of world-class talent to ensure our collections are well positioned in the South African market to be the lifestyle brand of choice.