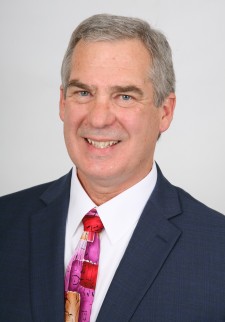 In this position, Bolin will be responsible for continued education to fleets on the benefits of natural gas as a transportation fuel and the various options to access it using Gain’s current network, as well as building out customized solutions throughout the western region of the United States.

Mike brings more than four decades of fleet knowledge, strategic foresight and customer contacts to our business. He's a true thought leader, and we're excited for him to join our team.

Prior to working at U.S. Gain, Bolin worked as the senior account executive with the Southern California Gas Company (SoCalGas). He rose through the ranks and became a lead at the age of 26. Under his leadership, his maintenance facility had the lowest cost per vehicle mile for the entire company, which was held for 10 straight quarters until his promotion into management.

He went on to support several large CNG fleets including the City of Los Angeles, Orange County Transit Association, Metro Transit Authority (the largest CNG fleet in the nation), Hearst Castle, the Disneyland Resort, Waste Management, and many other cities and schools. Bolin was also a recent recipient of the Energy Solutions Center award for his work with the MTA. During his tenure with the NGV team, there was sustained growth to 145 million therms a year.

“I’m thrilled for the opportunity to work with U.S. Gain, a forward-thinking company and market leader,” Bolin said. “With a focus on sustainability and pursuing a long-term commitment to RNG, I’m excited to have a role in helping customers achieve their goals and expanding Gain’s network.”

Bolin holds a bachelor’s degree from Biola University in Organizational Leadership, as well as associate degrees in marketing, automotive and diesel. He has also spent time teaching automotive classes at the college level. At Rio Hondo College, he helped start the Alternate Fuel Center and was an instructor for the first ASE F1 Alternate Fuel Training facility in the nation. He is also an ASE master in both the automotive and diesel segments.

For over 60 years, U.S. Venture, Inc. has been recognized as an innovative leader in the distribution of petroleum and renewable energy products, lubricants, and tires and parts for the automotive aftermarket. Guided by its company vision, “To be the very best value-adding distributor of products that vehicles consume in North America,” they deliver unconventional, creative solutions that give their customers a competitive edge. Headquartered in Appleton, Wisconsin, the company’s business divisions are U.S. Oil, U.S. AutoForce®, U.S. Lubricants and U.S. Gain.

For over 60 years U.S. Venture, Inc. has been a leader in the distribution of refined and renewable energy products, lubricants, and aftermarket tires and parts. Our business divisions are U.S. Oil, U.S. AutoForce®, U.S. Lubricants and U.S. Gain