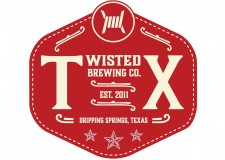 AUSTIN, TX, July 13, 2017 (Newswire.com) - ​​Twisted X Brewing Company is pleased to announce that beer and spirits executive Mark King has been named Chief Executive Officer, effective immediately. Mr. King had been previously appointed to the Company’s Board of Directors. Also, effective immediately, Hunter Stewart will become the Company’s Executive Chairman. In this role, Mr. Stewart will lead the Board of Directors, and provide advice and counsel to the CEO and the Twisted X leadership on Company and business strategies, portfolio choices, and organization decisions.

“We were disappointed two years ago when we offered the position to Mark, but he had decided his work was not finished as President and co-founder of fast-growing and popular Austin Eastciders”, said Hunter Stewart, Chairman of the Board. "We expect Mark will bring continuity to the transformation presently underway at the Company while evolving a strategy and vision for the future that will continue to deliver results for our customers, team members, distributor partners and shareholders".

In his prior position, Mr. King laid the foundation for Austin Eastciders to be a high-growth and beloved craft cider brand that it is today. As co-founder, King’s early work in 2013 included the import of the first finished ferments from Europe, and he has since helped navigate the company to its current status as the #1 selling cider in Austin and the #4 independent craft brand in Texas.

“I am thrilled to be joining Hunter, Brian, Kelley and the whole Twisted X team as they continue to outperform the market”, commented Mark King. “I look forward to working together with the Twisted X team across the state to continue building a strong future for the company, our customers, distributor partners, shareholders and our communities”.

Founded in 2011, BWBC, Inc., dba Twisted X Brewing Company is one of the fastest growing craft brewers in Texas, with distribution now covering most of the state. 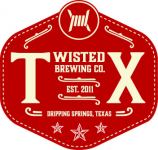