Try Vegan® Looks to the Community for Support

After years of working behind the scenes, Try Vegan® is finally ready to come to the forefront of the vegan movement to cultivate long lasting change

MILLSTONE TOWNSHIP, N.J., July 25, 2019 (Newswire.com) - After working diligently since 2015 to build Try Vegan into what it is today, owner Vincent Gulino is finally acknowledging the shift into a plant-based future is gaining traction.

“Over the past three years, I have witnessed the world evolve from 'Try Vegan? Don’t put vegan in the name, you’ll alienate your customers' to 'Try Vegan? That’s brilliant! You also deliver meals? That’s a great idea.'” People have gone from turning their nose up at the word vegan to “Did you try those Beyond Meat Burgers? They were the best burgers I’ve ever had!” I know now is time to take Try Vegan to the next level.”

Since quitting his job for an idea he believed in, he has worked tirelessly to put together all the pieces to complete the puzzle that is Try Vegan. So far, he has managed to build 2 food trucks, a clothing line (and screen-printing company), a number of websites for different brands, a mobile app for Android and iOS, a meal prep service, a YouTube channel, and podcast. Going into this, he admits he had no knowledge of how to do any of these things. He taught himself everything he needed to know in order to build them himself since he did not have the money to pay for outside help. He is not boastful about his accomplishments, he simply wants people to know he is someone confident and competent enough to build a great, long lasting brand.

Last month, his father unexpectedly passed away from a heart attack caused by a clogged artery. He ran 5ks every weekend, played softball twice a week, and worked out the rest of the week, his only vice was eating heavy Italian meats and cheeses at night. This has put a giant hole in Vince’s heart, but has given him a deeper motivation and sense of determination to spread his business and message of how important a proper diet is and how detrimental foods can be.

Over the past few months, he has been trying to figure out the best way to raise money for his business. He wanted to do so without having to give up a portion of his company to investors. A short decade ago, this thought would have gotten him laughed out of every bank and investment office. Luckily in 2019, there is something called crowdfunding. Crowdfunding is exactly what it sounds like, a lot of people invest a small amount in exchange for the promise of a product in the future. After doing extensive research on the available crowdfunding platforms, he felt Indiegogo was the best fit.

He has set up a number of fun and valuable perks for this campaign. For example, if you live within our delivery range, your support of $100 ($75 for early birds) will get you a free meal with every purchase for the next year which is over a $600 value! Your support will allow Try Vegan to do the things listed in the campaign including purchasing their own facility so they can begin shipping meals 5 days a week. For more information about Try Vegan, visit www.TryVegan.TV to check out all the projects mentioned in this article.

If you would like more information about this topic or would like to include this in your publication, please call Vince at 732 474 6222 or email Info@tryveganllc.com

The Indiegogo can be viewed here -​ https://www.indiegogo.com/projects/help-try-vegan-get-to-the-next-level/ 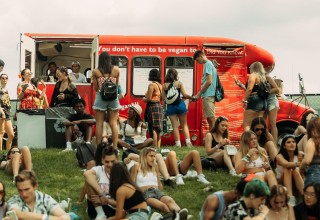 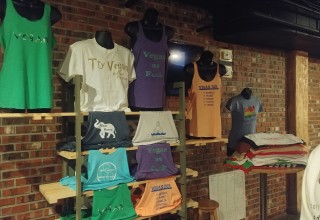 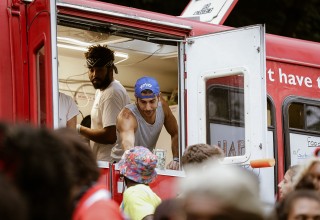 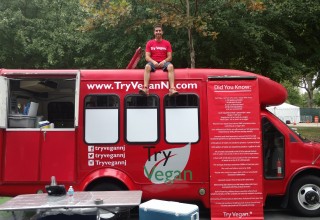