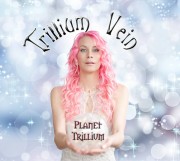 Award winning, multimedia recording artist, Trillium Vein (Natalie Paige Bentley) is nominated among an eclectic mix of established and rising talent nominated in The 14th IMAs, culled from thousands of submissions that were released during the program’s eligibility period.  Bentley created the Trillium Vein, award winning, multimedia masterpiece, which includes her concept album, fantasy film, interactive website and storybook which earned Domtar’s Award of Excellence and ForeWords Multimedia Book of the Year, truly creating a one of kind experience for fans combining her music into her own alternative world, a la Tim Burton.

In addition to the Winners selected by the Artist & Industry judges, music fans from around the world have until Friday, July 31, 2015 to vote for their favorite Nominees at The Vox Pop Jukebox, the fan-determined portion of The IMAs.

IMA Winners will be promoted to more than 1 Billion music fans via online & broadcast promotions, performance and distribution opportunities. Details and complete list of Nominees and Judges available at:  www.TheIndependentMusicAwards.com ​

When asked about the nomination, Natalie Paige Bentley (Trillium Vein) replied,
“It is truly an honor to be recognized amongst a group of incredibly talented artists. The amount of time, effort, and around the clock dedication to Trillium Vein has been insurmountable, so I am deeply filled with gratitude and appreciation for these nominations. My greatest passion in life is touching the lives of others through my work as an artist and being a part of the Independent Music Awards is an Incredible opportunity to help facilitate an artist’s journey, which I am forever thankful. Fans can also cast their vote in the public Vox Pop Jukebox at LONG FOR MUSIC VIDEO (Once Upon a Time Trillium Vein) and DESIGN-MUSIC WEBSITE  (Trillium Vein- Natalie Paige Bentley )“

Artistry Has Its Awards

Submissions to The 15th Independent Music Awards will be accepted beginning in Spring, 2015.  Details and eligibility for Album, Song, EP, Music Producer, Music Video and Design projects available at www.TheIndependentMusicAwards.com