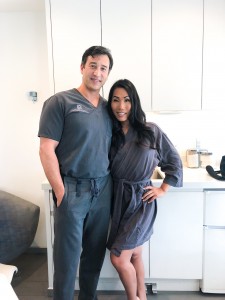 BEVERLY HILLS, Calif., May 23, 2018 (Newswire.com) - Since the age of five, "RuPaul’s Drag Race" star Gia Gunn knew she was born into the wrong body. It’s been a long and difficult journey, but today she’s an out and proud transgender woman working towards the final step in her transition: surgery.

The larger than life drag queen is sharing her story to raise awareness and promote safe surgery options for the trans community and beyond. Many have turned to dangerous and illegal procedures to transition their gender, and Gia says she wants people to understand the risks involved, while at the same time providing hope for a solution.

“After many years of struggling with my gender and finally being able to accept the woman I am, I look in the mirror and don’t feel the same connection to my body as I do mentally. I know that surgery will not necessarily make me happier but will definitely allow me to gain confidence and I do believe that will show from within.”

Gia has undergone three years of hormone replacement therapy, but after meeting with Dr. Rogers in April of 2018 she finally felt ready to embark on surgery.

“Gia is an ideal leader for the transgender community and has made smart, deliberate decisions in how to proceed in her transition process,” says Rogers.

Dr. Rogers will give Gia breast implants and transfer fat to her buttocks and hips. These are the first steps in her transition. Dr. Rogers has over 13 years of experience in reconstructive and cosmetic surgery -- delivering the highest quality results for each unique individual. See Dr. Roger's strategy here.

“I admire Gia for her sense of esthetic, which aligns with my own, in that she prefers a natural look, that is congruent with her ethnicity and the appearance of an unaltered female form. She is the epitome of good taste and excellent judgment.”

Gia discovered Dr. Rogers on social media -- following him on Instagram and Snapchat for the last year. “I felt comfortable with the idea of him working on me and was convinced that the facility is clean and professional. I’m confident Dr. Rogers will give me the results I want.”

Gia has started a GoFundMe kickstarter to raise the $30,000 needed for the surgery, with over $7,000 already donated in the past two weeks. Through her trans activism and success on "Drag Race," she’s amassed a loyal fanbase of 425,000 followers on social media.

With over 1.5 million Americans currently identifying as transgender, and Emmy Award-winning TV series like "Transparent" and "Drag Race" making waves in the media, Gia wants to continue to change the way society approaches gender.

Her #30DaysInTransition series on YouTube documents her emotional journey as she gets closer and closer (both physically and mentally) to full transition. Watch her #30DaysinTransition YouTube series here.

For more information on Leif Rogers, MD, FACS or interested in plastic surgery and other cosmetic surgeries in Beverly Hills, California: www.leifrogersmd.com

For more information on Gia Gunn:

Leif Rogers, MD, FACS in Beverly Hills and Pasadena, California is dedicated to upholding the highest quality standards in reconstructive surgery, cosmetic plastic surgery, and non-surgical aesthetics, to include an optimal balance of artistry with the most sophisticated medical advances. Our commitment to quality extends into every interaction of our patient experience to deliver the level of excellence we ourselves expect from a world-renowned medical practice. By closely connecting with our patients’ needs and desires, LRMD identifies the most suitable surgical and non-surgical options that resolve every unique face and body issue, thereby promoting self-confidence.

Dr. Rogers has taken part in academic research on subjects including anorexia nervosa, breast carcinoma, wound healing, skin grafts, tissue engineering and bone regeneration as well as being a co-author on numerous research articles. His research has been published in such medical journals as the Journal of Reconstructive Microsurgery, The Cleft Palate-Craniofacial Journal, and The Journal of Plastic and Reconstructive Surgery. Dr. Rogers has also been privileged to participate in the training of surgical residents at the USC Division of Plastic and Reconstructive Surgery.

The IV league educated plastic surgeon has also garnered media recognition, having been profiled in non-paid feature articles in New Beauty Magazine and Pasadena Magazine. He also has the distinction of serving as a medical consultant for educational and reality television programming and has appeared on "The Dr. Oz Show," CBS’s "The Doctors," "Joan & Melissa: Joan Knows Best" on WEtv, and "Pretty Hurts" on Logo TV. 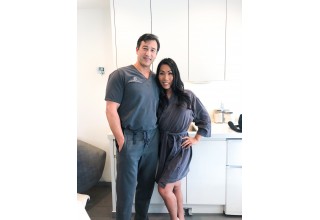 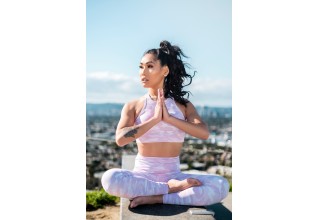 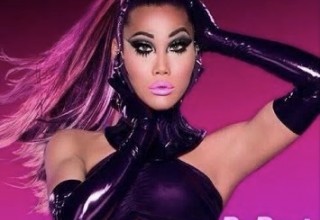 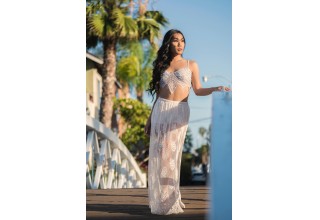 INFUSIO®, a European Cellular Therapy Clinic, Donates $5,000 to Each Patient's Lyme Disease Treatment Program for Lyme Awareness Month in May and Will Continue the Contribution Through the Month of June
Jillian Wilson Marketing - Jun 6, 2018
Newswire