TALLADEGA, Ala., December 20, 2018 (Newswire.com) - This year’s off-road riding season has been a record-setter for Top Trails OHV Park. In all categories, the park has exceeded previous years and continued its growth towards becoming the premier off-road riding destination in the Southeast. Those successes aside, the park would like to recognize both its customers and staff for another triumph this year – charitable giving. As a 501(c)(3) itself, the park knows the importance of charitable giving and volunteering and has been a major driver of multiple events and activities to give back to local, regional and global causes this year.

The Motorcycle Sports Inc. Ride For A Cure at Top Trails OHV Park raised more than $25,000 on Saturday, Sept. 29, in the first year of this annual gathering, with 50 percent of Top Trails’ Saturday admission, event sponsorship by Motorcycle Sports Can-Am, daily activity participation fees and other donations going directly to fund pediatric brain tumor research. Jeremey Reeves, owner of The Gridiron Restaurants and founder of the Ride For A Cure event, lost his 18-month-old daughter Elyse to brain cancer three years ago. Even though the event was a stark reminder of his daughter’s passing, Reeves was pleased to see so many people coming together under his daughter’s banner to fight cancer.

“This year was by far our biggest ever,” Reeves said. “Including this year, we’ve raised over $62,000 and what took us a month’s worth of events to raise in the past took us only one day at Top Trails. I’m extremely blessed to have partnered up with Top Trails for such a wonderful cause. I look forward to an even bigger and better Ride For A Cure next year.”

Park Director Wes Pope understands the important role that Top Trails will always play in charitable giving and community support. Ride For A Cure is just one of the multiple events that benefit charities of all kinds held at the park.

“In addition to Ride For A Cure, our other annual charity events, such as Kam’s Ride and Elbit Systems' Riding Dirty for Cancer, were also huge successes this year,” Pope said. “The people and sponsors that came out in support of these events have been amazing and we’re all very proud to be able to support so many amazing causes.”

Kam’s Ride and Elbit Systems’ Riding Dirty for Cancer raised nearly $10,000 in combined donations to the Autism Speaks Foundation and the Leukemia and Lymphoma Society. Along with the park’s role in creating charitable giving opportunities, Top Trails organized relief and cleanup efforts to help people affected after natural disasters that have hammered the southeast this year.

In the aftermath of Hurricane Michael, Top Trails helped to organize and contributed to a relief drive with local Talladega businesses and patrons of the park to send over multiple truckloads of food and provisions to Mexico Beach, Florida.

Top Trails looks forward to an even bigger and brighter 2019 season, growing the attendance and reach of their charity-based events and showing off to the world the giving and goodwill of the off-road community as a whole.

ABOUT TOP TRAILS: Opened in 2012, Top Trails has quickly become one of the fastest-growing side-by-side, ATV and off-road motorcycle parks in the country. With more than 34,000 customers attending the 2,800-acre park in 2018, the park continues to dominate the off-road mud experience scene with “year-round mud” and its ever-expanding amenities list. Learn more at www.toptrails.net. 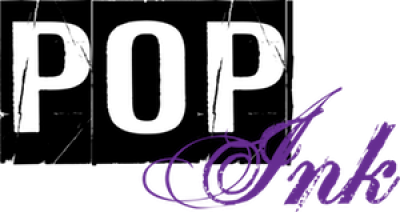