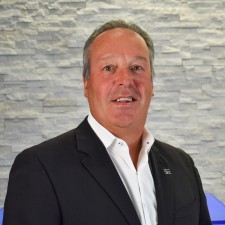 “Evolve is committed to the expansion of our Loan Production Office footprint across the US,” said Lance Lemoine, President, Mortgage Division. “Tom has a highly successful track record. His strategic vision will take Evolve’s mortgage division to the next level, including the opening of new offices. Tom exemplifies the right leadership style and commitment to growth that fits with Evolve’s mission.”

Mr. Gamache brings more than 25 years of industry experience to Evolve. Most recently, he served as the National Sales Director of Citizens Bank, Providence, RI, one of the nation’s largest financial institutions, with $160.5 billion in assets. Prior to Citizens, Mr. Gamache was the National Director of Retail Production for Guaranteed Rate Mortgage and also held executive leadership positions at Bank of America, Wells Fargo and MetLife Home Loans.

“There are areas where Evolve has very attractive opportunities to grow its Loan Production Offices,” said Tom Gamache, Senior Vice President, Strategic Growth, Mortgage Division. “I am looking forward to positioning Evolve to expand into new markets and accelerate growth.”

Mr. Gamache received a Bachelor of Science in Business from the University of New Hampshire.