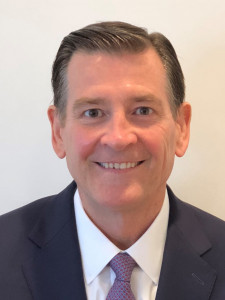 CHICAGO, April 4, 2022 (Newswire.com) - Madison Industries, one of the world's largest privately held companies, announced today that Todd Bluedorn will be joining Madison as a Vice Chair. Bluedorn will assist Madison in building truly remarkable businesses that make the world safer, healthier and more productive. He will help drive Madison's growth and innovation while coaching and developing Madison's leaders.

"We are fortunate to have Todd Bluedorn joining our team," said Madison Founder and CEO Larry Gies. "Todd attracts world-class talent, builds high-performing teams and brings a successful track record of building best-in-class global businesses. He does it with a passion for people, a bias for action and an entrepreneurial spirit. He's a perfect fit with Madison's culture."

Bluedorn joined Lennox International as Chief Executive Officer in April 2007 and was appointed Chairman of the Board in May 2012. While at Lennox, the company's market cap grew from $2.5 billion to over $13 billion and return on invested capital grew from 18% to 43%, resulting in total shareholder returns in excess of 18% annually. To achieve that success, he led initiatives focused on organic growth, customer-centric solutions and building engaged teams across the Lennox business.

"The exceptional Madison team and its mission of making the world safer, healthier and more productive attracted me to this opportunity," said Bluedorn. "Madison is building something truly remarkable and I can't wait to get on board."

Bluedorn is a graduate of the United States Military Academy West Point with a Bachelor of Science in electrical engineering. Mr. Bluedorn is Airborne Ranger qualified and served in the U.S. Army as a Combat Engineer Officer from 1985 to 1990. He received his MBA from the Harvard Business School in 1992.

Madison Industries is one of the largest and most successful privately held companies in the world. Madison builds entrepreneurially driven, branded market leaders that are committed to making the world safer, healthier and more productive by creating innovative solutions that deliver outstanding customer value. The team at Madison is committed to building something truly remarkable that long outlasts them while coaching others to reach their highest potential. Please visit us at www.madison.net.