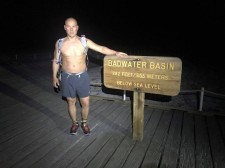 LOS ANGELES, October 25, 2017 (Newswire.com) - On Oct. 19, 2017, at 00:07 am at Mount Whitney portal in the California mountains, Timmy Garrett from Australia became the second person to complete the world's most challenging endurance race. Uberman1 is an endurance race comprising a night swim from Catalina island off the coast of California, a 21-mile swim considered to be one of the seven most difficult ocean swims in the world. Then he rode his bicycle 400 miles from Palos Verde through the mountains, canyons and desert in hot, arid conditions and against 30 mph headwind gusts to Badwater in Death Valley, 200 feet below sea level. If that wasn't enough, the final component was a 135 mile run through the desert to Mount Whitney Portal. Timmy Garrett, a humble man, finished without fanfare in pitch dark with his two support crew, his two eldest children and Dan Bercu the race director. Each component of this race is epic in their own right so completing the whole event is an exceptional accomplishment which very few people could achieve, making Timmy Garrett one of the best endurance athletes in the world.

Timmy Garrett has been an endurance athlete since 2010 with his first marathon a 62 mile run in Australia's Blue mountains. Since then he has run all around the world doing 100, 200 and 300-mile races in varying conditions from mountains, deserts and arctic conditions. He has cycled from Connecticut through the eastern states of USA and then to the most easterly point of Canada and then cycled across Canada from St Johns to Vancouver. In 2016 he got the taste for ocean swimming and swam the English Channel in a similar endurance event called the Arch2Arc; run from London to Dover, swim the channel and then cycle to Paris, totaling 287 miles.

Most people call Timmy crazy because of the extreme distances or conditions he attempts but here is a man who embraces challenge, is not afraid of failure and seeks adventure. When Timmy is asked "Why", his answer is simple: "I workout because it's a lifestyle choice that keeps me balanced and gives me energy and a positive outlook. My biggest motivator is that I enjoy goal setting that challenges me physically, mentally and spiritually. It is a test of courage, strength, endurance, determination; the challenge is to finish and test the tolerances outside of the comfort zone."

Timmy is looking to do the ultimate challenge on the planet. This will be a world first and many have tried but they have been either rescued or died in the attempt. Timmy is going to do a solo unassisted unsupported expedition to the North Pole from Canada's Ward Hunt Island. A 680-mile trek in the most difficult conditions on the planet, temperatures between -20ºC to -60ºC and strong winds. His preparation and adventures include jaw-dropping stories about success and failure and overcoming obstacles that are highly inspirational, including an expedition to the South Pole in 2014. 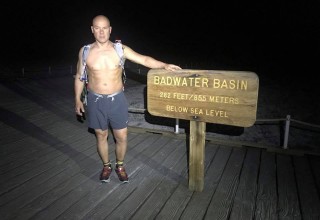 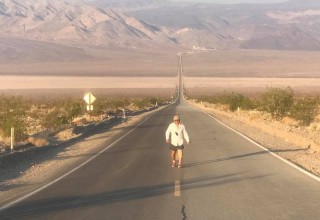 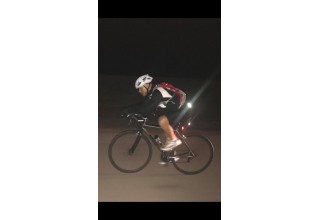