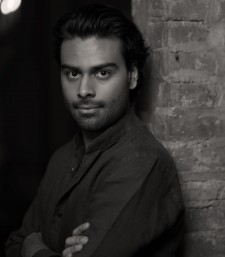 The investment brings Monese’s total funding since launch to $76 million. The new funding will be used for further investment in the product and international expansion. Hinduja is no stranger to taking businesses to a global scale as the eldest fourth-generation member of the Hinduja family, founders of the Hinduja Group, the intercontinental business empire that is one of the largest diversified groups in the world.

Timeless Capital was specifically interested in Monese because of 'its leadership team, organic growth traction, and its proprietary KYC technology.'

Hinduja noted that Timeless Capital was specifically interested in Monese because of “its leadership team, organic growth traction, and its proprietary KYC technology. All these reasons give it a competitive advantage over all other digital banks we diligenced. We have been looking to invest in the right digital bank for years, but had been waiting to find a company that possesses true value that goes beyond just a digital interface.”

Norris Koppel, Founder and CEO of Monese, commented, “We are excited about this significant investment from world-class investors, which will enable many more people around the world to access the latest generation of mobile banking services.”

About Timeless:
Timeless is a leading family office that invests and creates long-term relationships with portfolio companies across a range of industries including media, healthcare, and financial services. Timeless’ principal media property is the investment intelligence subscription service, Karma Network. To date, notable investments include Monese, Hyperloop One, Hungry, Eight Sleep, and Dumbstruck.

Timeless is a media conglomerate founded by Karam Hinduja to develop partnerships and provide investment and operating expertise to growth stage businesses.