Now you can help bring OWL VR, a powerful location-based virtual reality kiosk, to popular tourist attractions the world over

SAN FRANCISCO, November 28, 2017 (Newswire.com) - If you’ve ever visited Fisherman’s Wharf in San Francisco and wondered what it must have been like to be standing there during the Gold Rush, San Francisco-based Owlized has your solution: a virtual reality time machine called OWL VR.

Now the company wants help to scale the technology to every tourist attraction in the world, today announcing the public launch of an equity crowdfunding campaign on Republic.

By integrating cutting-edge virtual reality technology into a rugged, outdoor viewer, we are offering millions of travelers the magic of time travel as well as their very first VR experience.

OWL VR resembles the old-fashioned coin-operated binoculars you might recognize from tourist attractions like the Empire State Building. Rather than dropping in a quarter, however, pay with a credit card or phone, look into the VR lenses and witness a powerful 360-degree VR movie showing the history of the immediate surrounding area, as if you were standing there in the past.

“Travelers love experiencing the history of their favorite destinations, but too often struggle to connect emotionally with those places," said Owlized CEO Aaron Selverston. "The old tools we typically use — interpretive signs, guide books, audio tours and the like, are informative, but rarely capture our imagination or create memorable experiences."

Owlized has raised more than $800,000 in seed funding and gained significant traction with their prototypes, which have been leased to municipal clients to show residents the future of proposed transportation and climate adaptation projects. But while these initial OWL deployments were free to the public, the forthcoming OWL VR includes a credit card terminal, and users will pay an estimated three to five dollars for a 90-second experience. That revenue will then be split three ways between the host site, Owlized and a partner VR studio.

For national parks, theme parks and other operators of tourist attractions, OWL VR represents an important opportunity to generate additional revenue with no upfront costs, while at the same time offering a fun, interactive and educational experience for visitors.

"More and more people look to new technology to learn, or to experience, or to do something cool," said Mia Monroe, a park ranger with National Park Service's Golden Gate National Recreation Area. "I think there will be more and more people who will want to come and experience the park through learning with Owlized."

With one billion people traveling internationally every year, and hundreds of millions more traveling domestically within the United States, the tourism market may be one of the largest untapped markets for VR startups. Equally important, says Selverston, is the fact that most of these visitors have never experienced VR, giving Owlized the opportunity to provide the first touch point with the powerful new medium.

"By integrating cutting-edge virtual reality technology into a rugged, outdoor viewer, we are offering millions of travelers the magic of time travel, but also, in many cases, their very first VR experience," said Selverston.

The Owlized team includes a world-class roster of media and tech industry veterans with decades of combined experience at companies like Disney, AOL, Oracle, Sprint and National Park Service. Their advisory board includes MIT Media Lab co-founder Michael Naimark and UC Berkeley Computer Visualization lab founder Lon Addison. They believe their team is uniquely suited to bring their VR platform to market and scale it quickly around the world.

Owlized investor Aaron Wise chose to back the company after seeing a prototype at Launch Festival in San Francisco. “The Owlized team has been hard at work for a few years on this project, and they're well on their way to success,” he said. “There is a multi-billion dollar need for OWL installations at tourist attractions alone, not to mention all of their other opportunities. I'm delighted to be involved.”

The crowdfunding campaign will help the company complete product development, manufacturing and testing of OWL VR and cover project-related costs at the first major tourist attractions on the West Coast.

While numerous tech giants are pumping billions of dollars into seeding the head-mounted VR market, Selverston says the biggest immediate opportunity may not be with gamers and early adopters of new technology, but with everyday people visiting the most popular destinations on Earth.

Owlized delivers location-based virtual reality experiences that enable time travel at the most visited destinations on Earth. By combining VR and place to augment the physical world with a window to another time, travelers can bear witness to history and residents can see and even influence the future of their neighborhood. The OWL VR platform offers an unforgettable experience to the public as well as significant transactional revenue to cities, parks, tourist attractions and historic sites. 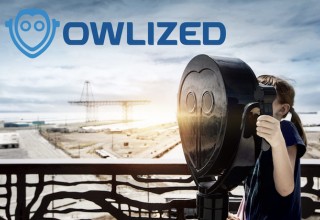 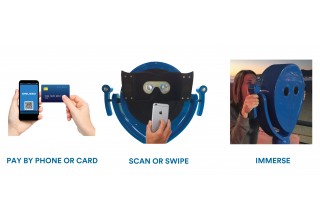 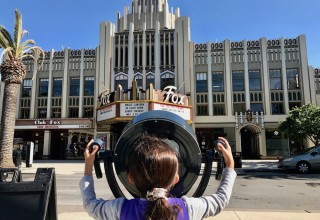 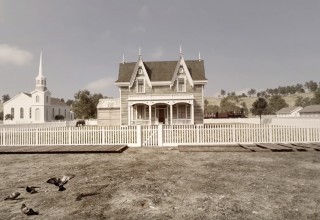