Time for Celebration: Scientology Honors Year of Record Growth and Welcomes a 2018 Full of Potential

Thousands joyously ring in the New Year and reflect on a run of unbridled achievements in the name of a better world. 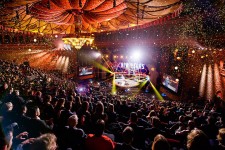 LOS ANGELES, December 31, 2017 (Newswire.com) - The atmosphere was electric and the anticipation almost tangible as a record number of Scientologists gathered in the Shrine Auditorium for the live Scientology New Year’s celebration. The occasion marked the close of a miraculous 2017 — it was most certainly time to celebrate a season of realizing expectations, achieving targets and, naturally, setting new ones.

“Yes, tonight’s the night we ring in a New Year and ring out an old,” declared Mr. David Miscavige, the ecclesiastical leader of the Scientology religion. “So, while others tell tales of Father Time, the Lord of Time, time immemorial, time inconceivable, time after time and 'just in the nick of time' — well, we are the exception to the rule that 'time waits for no one,' if only for the fact time is always on our side. So, while everyone else has a 'devil of a time' comprehending who we are, in light of all we accomplished in the last 12 months — this, my friends, is show time!”

And just like that, Mr. Miscavige set the stage for a majestic celebration that pulsed with excitement as visual highlights of achievements rolled out minute by minute. Highest ever after highest ever accomplishments underscored an unparalleled year. Further headlines spotlighted the Church’s renowned international humanitarian efforts as well as a breathtaking review of the over half-million square feet of new churches dedicated in the past year. The run of glorious Grand Openings across 2017 include:

This unrelenting wave of expansion generated continuing recognition of the religion in nations around the globe. Indeed, crowning a 2017 of immense achievement, Mr. Miscavige announced to the roaring crowd an epic accomplishment and one coming in the wake of religious recognitions in the Republics of Macedonia and Colombia. Because, on Oct. 30, 2017, the nation of Mexico awarded the Church of Scientology full religious recognition — a landmark triumph for Scientology and religious freedom.

With a finale full of flashing lights, bursts of confetti and leaping melodies — the curtain fell both on a stellar celebration and an all-star 12 months for the religion that could barely be packed into a single night. If 2017 is any indication, it’s no surprise that Scientologists across the globe are already anticipating a 2018 set to shatter all previous expectations. 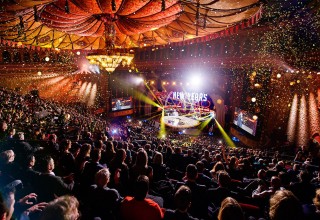 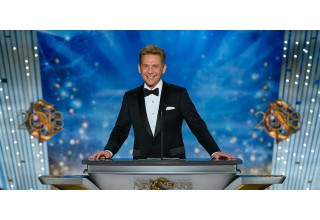 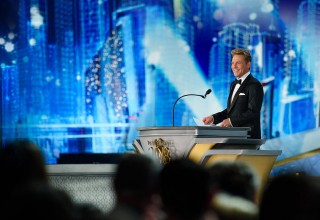 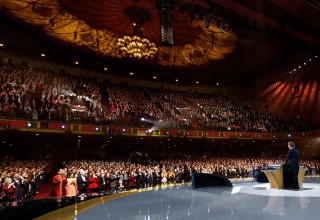