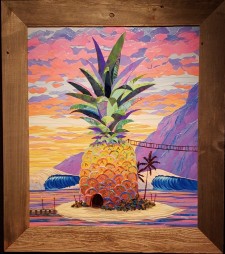 Patrick Parker is an internationally recognized artist who makes Maui his home. His newly released work is a mixed media image of an island in a tropical setting that takes on the shape of a giant pineapple, called "Hospitality Island." Parker's message to all reads, "Like the symbol of hospitality, the Island of Maui waits with open arms to welcome you back. Let the joy of your times on Maui bring you health and happiness and forever be in your thoughts."

Scott Cleek, a resident of Northern California is a skilled and capable artist whose depictions of tenderness and intimacy have emerged in recent years as art that is not only beautiful but creates feelings of love and joy. The work he produced for this special effort of hope is entitled, "Socially Distant" and depicts a beautiful woman alone on a beach. Scott's message to his friends reads, "Sometimes it's perfectly okay to kick back and do nothing at all."

Puerto Rican artist Rascal has worked in New York City, Rio de Janeiro, Brazil and now serves as resident artist at Harte International Galleries in Maui. Rooted in the street art of the early 80s Rascal's paintings are collected by celebrities, sports stars and international collectors and have been featured in a multiple of well-known magazines and photoshoots. As his contribution to this collaboration of hope, Rascal painted a work he calls, "Hula Girls" and his message to all reads, "Remember all the smiles and joy of Maui as you dream of the wonderful times you will soon have once again. May all my wishes for health and happiness come to you from Old Lahaina Town."

Glenn and Devon Harte, owners of Harte International Galleries are the sole representatives of all three artists. Together they also exclusively represent the art of Academy Award-winning actor Sir Anthony Hopkins, a multi-talented composer, actor and artist.  Additionally, they represent the estate of Anthony Quinn, and Glenn Harte has authored a book about a painting by Quinn entitled, "The Prophetic Imagery of Anthony Quinn."

Devon Harte heads up a Curating Department seeking masterworks from around the world. Harte International Galleries boasts a multi-million dollar inventory of art by Picasso, Salvador Dali, Miro, Chagall, Matisse, Albrecht Durer and even Rembrandt.  They are also expanding their collection into selected historical original works from the 18th and 19th centuries. 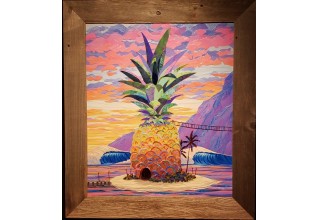 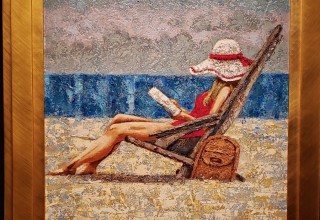 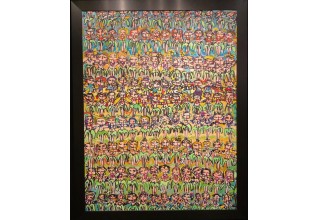