This Week in Rideshare: Loyalty, Snacks and Scooters 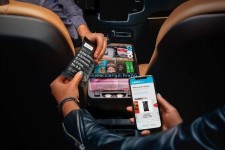 CHICAGO, November 18, 2018 (Newswire.com) - Lyft and Uber try to win over riders, Cargo makes a deal and scooters find some love. LegalRideshare breaks it out.

On Monday, Lyft announced its plans for a loyalty program coming in December. According to The Verge, riders earn “points” based on the amount of money they spend with Lyft, which can be exchanged for “rewards.”

In Colorado, an Uber driver was arrested for allegedly trying to kidnap a 15-year old. According to the story by KKTV: “When she tried to get out she wasn’t able to because Muse had locked the doors, according to investigators. Then Muse reportedly kissed her against her will. He eventually unlocked the doors and the teen was able to escape.”

On Wednesday, Uber made the announcement of their own rewards program. USA Today covered the story and explained: “Uber’s rider rewards will dish out points depending on which Uber service is used, with the points unlocking different levels and the levels opening up perks. Among the notable rewards: discounts on future rides, better customer support and priority pickup at airports.”

Looking for a late night snack during the Uber ride home? Look no further. Cargo, the mobile snack company, just partnered with Venmo. According to the story published by Bloomberg, this means getting snacks during the ride will be faster, easier and without a need for the driver to intervene.

The week ends with some pro-scooter news. In Spokane, Washington, the city has just tested out Lime bikes and scooters with a surprising result: Both the city officials and its residents are big fans. According to the article from Spokesman, “… Lime wants to return to the city as soon as possible, and city officials have made their support of the program clear.”

LegalRideshare is the first law firm in the United States to focus exclusively on Uber®, Lyft®, and gig economy accidents and injuries.

Since its inception, LegalRideshare has grown into a national brand. Its lawyers are the go-to source on rideshare-related issues, serving hundreds of clients, and securing millions of dollars for injured drivers and passengers. For more information or a free con