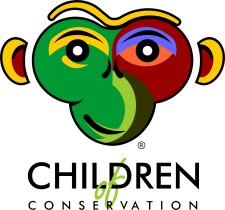 Atlanta, GA, June 21, 2017 (Newswire.com) - Michele and Kerry Stumpe are based in Atlanta, but their hearts are with the people and animals of Africa. The married couple has found a way to save endangered animals like elephants, chimpanzees, and gorillas by improving the lives of the African children who live right next to them, through their organization, Children of Conservation.

Netflix and its upcoming documentary, "Bubbles," along with the eagerly anticipated summer release of the latest "Planet of the Apes," are reflections of our growing fascination with our closest relatives in the animal world. In fact, 20th Century Fox has partnered with the Jane Goodall Institute to provide care for rescued chimpanzees in honor of the latest installment of the film franchise, WAR FOR THE PLANET OF THE APES, due out July 14.

The Stumpes’ approach to foreign aid reflects an increasing interest in "Effective Philanthropy" as a common sense form of charitable giving. The most accepted definition of this movement states that it's "a philosophy and social movement which applies evidence and reason to determining the most effective ways to improve the world."

The need for this type of philosophy is self-evident. Hundreds of millions of dollars are spent on mosquito nets to help eradicate malaria. However, most of these nets end up being used for illegal fishing or wedding dresses (not the best use for a pesticide-coated fabric). A lot of charitable giving is wasted on making donors feel good, without judging the effectiveness of the dollars that are given. Michele and Kerry Stumpe have found a different and better way to provide foreign aid. It centers around strengthening poor communities in several African countries and saving endangered animals — particularly chimpanzees and other Great Apes. They take what they term a "global approach." Kerry Stumpe puts it this way: "When a global approach is taken, and you find a way for the poacher to make more money protecting the gorillas than poaching them — enough to feed his family and send his children to school — then you start seeing an impact on multiple fronts."

This "global approach" has not gone unnoticed by the government in the countries where they work. This past May, in Chimfunshi, Zambia, the Minister for Road Improvement, the Honorable Matthew NKhuwa, MP, was so impressed with the school the Stumpes had built with the local community, that he pledged to improve the now barely usable road, so that more people could benefit from the community development Children of Conservation was spearheading.

The Stumpes are saving endangered animals by building caring communities. They are hands-on in supporting wildlife sanctuaries that work, and they make the efforts sustainable by building schools, creating jobs, and improving the health and nutrition of the human communities that determine whether these animals will live or die.

Children of Conservation is dedicated to the conservation and protection of endangered species in third world countries through education, habitat preservation, and wildlife sanctuary support. Children of Conservation projects are designed not only to help the animals, but also benefit the local people working tirelessly to protect these creatures, preserve their habitat, and end the devastating bushmeat trade.