The polarization of countries and societies: Think expands its production to the United States with an investigative documentary series called "Traveling Through a Divided America". 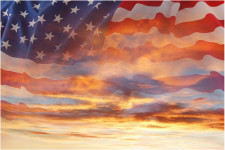 MADRID, September 10, 2021 (Newswire.com) - In the wake of the must-see polarized elections that have taken place these past two years, Think wants to show both sides of the story. Since the United States wields significant influence over other countries with a powerful military, a vast economy, and a prominent role in international institutions, the United States has power, but with great power comes great responsibility. This investigative documentary series aims to educate and demonstrate the seriousness of both sides of politics in its original form. The documentary by Think will be available worldwide and is expected to premiere by the second half of 2022.

The documentary will demonstrate direct questions to the protagonists by journalists, denouncing smoke screens and Fake News to create a polarized environment between international politics, influential lobbies, and significant economic corporations. True journalists never take sides and are impartial. In the documentary, they investigate, expose, contrast and confront different opinions and data. In the end, Think wants the viewer to have all available information. True journalists will be objective, without filters, and simply want to provoke a reflection from the viewer. It is a tribute to authentic journalism.

In a world where the power of technology makes it easy to share thoughts and ideas with others around the world, it has become a question of thinking left or right, as well as "the polarization of countries and societies."

The first confirmed episodes are:

For the first few years, The Epoch Times was a small, low-budget newspaper handed out for free on New York Street corners, but in 2016 it made changes that transformed it into one of the most influential digital media outlets in the country.

As captured in an article in The New York Times, the paper's management thought that with the right Facebook strategy, it could help turn The Epoch Times into "the largest and most authoritative news outlet in the world."

Mr. Zhang Tianling, one of the ones responsible for the creation and growth of The Epoch Times, defended his ultra-conservative ideological principles and defined The New York Times as a far-left media. Mr. Zhang Tianling has described other big media such as NBC, CNN, or CBS as "the far-left media are in a deep economic and principled crisis."

Today, The Epoch Times is a force in right-wing media, with millions of social media followers spread across many pages and an online audience. Rivals include The Daily Caller and Breitbart News.

The first 100 days in office of a new President of the United States is significant. During this period, Mr. Biden's administration has spent no time focusing on vital issues such as a swift race to quickly vaccinate as many Americans as possible and economic measures to recover the national economy. At the international level, the problem of recovering geopolitical relations with critical countries has not been addressed. But some measures go unnoticed and have great significance, such as the respect for freedom of the press and the media.

On January 6, one of the darkest episodes in the recent history of the United States occurred. In the days leading up to the riots, federal agencies and the Capitol Police did not issue any severe warnings that the rally could turn violent, despite countless posting on social media and right-wing sites promising clashes. Benni Thompson called it an "assault on democracy and law enforcement.

Congressman Bennie was born in 1948 in a Jim Crow state. Thompson put his passion for public service into action. In his 13th term in the United States House of Representatives, Thompson represents the Second Congressional District of Mississippi, where he spent his entire life fighting to improve the lives of all people.

Six and a half months after the riot happened, the assault on the US. Congress has once again captured the world's attention. The Special Commission of Inquiry into the tragic events during which four people died began its testimony in an emotional and politically charged atmosphere.

And more episodes to come...

It isn't easy to distinguish the truth when there are tweaks in journalism, but this documentary will give you a chance to look at both sides of the story. 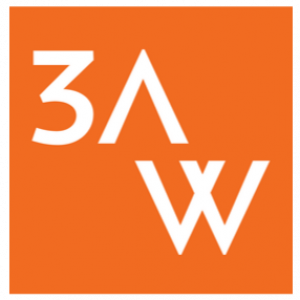