NAPA, Calif., October 29, 2018 (Newswire.com) - After two years of replicated trials on green ripe open field tomatoes, Tome Martin-Duvall of Caltech Ag concludes "... heat will do as good of a job of insect control as the grower standard treatments for both whitefly and thrips control and in the case of a population explosion, heat-treatments can reduce the population better than the grower standard over time."

Martin-Duvall also conducted trials on whitefly in 2017 at the same location in Firebaugh, California, with very similar results to the work done in 2018. Now with two years of data, she stated, "There are two consecutive studies with more than ample, consistent data to conclude that the heat-treatment process developed by Agrothermal Systems® significantly reduces populations of whitefly and should be viewed as equal to or even better than traditional pesticide routines. 2018 was the first year of work on thrips, but the data was very clear that heat kills thrips as well or better than pesticides." Martin-Duvall estimated that the cost of the propane to produce the heat ran $5-$6 per acre per pass and there were seven heat passes during the crop production cycle. Thus, the total cost for the propane used was less than $50 per acre. According to Martin-Duvall, "Not only was the Thermaculture process effective, but the cost was amazingly low compared to pesticides."

Martin-Duvall also did some work this year on Powdery Mildew control for wine grapes, a study that will be released shortly. Her conclusions about the Thermaculture process are: "These recent studies on Thermaculture are historic in that they open up a whole new way to approach pest control on crops. For years, we've searched for non-chemical approaches and there is no doubt in my mind that this technology is a breakthrough that will change the way we grow many crops."

Agrothermal Systems CEO Marty Fischer said, "We have known for several years that heat, when properly delivered at the correct temperatures and frequency, will devastate many insect populations and mildew complexes. Caltec Ag and specifically Tome Martin-Duvall have provided publishable data that confirms there are choices other than pesticides to effectively control such problems. We are very grateful for their work and will be continuing this kind of research on other insects and diseases in the years ahead."

Agrothermal Systems has developed machines that are row crop capable and plans to begin marketing this technology to the produce industry starting in just a few weeks. Fischer added, “The primary aim and benefit of Thermaculture is to reduce or eliminate insecticide and fungicides in food production. We are looking for customers that want to offer the consumer and retail trade cleaner produce and at lower input costs. Our initial goal is to work with a few crops where we know we can easily control the pests and with companies who are eager to break the mold. We expect to start treating select produce crops by the end of this year."

Agrothermal Systems is based in Napa, California, and is a dba of Lazo TPC Global Inc., a California corporation. Agrothermal has pioneered the use of Thermaculture as a means to improve wine and produce quality, increase yields, reduce pesticide needs and manage crop damage from inclement weather events. The company holds patents on Thermal Pest Control and has patents pending on Thermal Plant Treatment for agricultural crops. 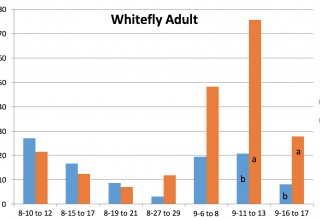 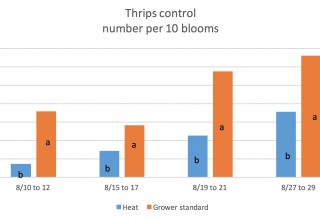