PureVPN dubbed 2018 the 'Year of Users' and vowed to follow the suggestions received from its users. Here's a look back at how the VPN provider used feedback to build the only feedback-friendly VPN. 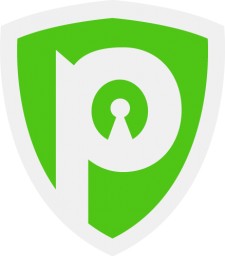 HONG KONG, January 19, 2019 (Newswire.com) - While some VPN providers shy away from opening themselves up to their users, PureVPN did the complete opposite. They began inviting users to help form the roadmap to success for 2018.

The journey began with Uzair Gadit – the CEO of PureVPN – asking users for their no-holds-barred feedback at the end of 2017. The email assured users that the CEO himself would go through every email and respond where necessary.

We have now learned that’s what exactly happened, albeit it took the CEO of PureVPN 43 days to pore over every email, reply, and extract action points. This not only showed tremendous commitment on the CEO’s part, it also was a first in the VPN industry, where the CEOs are typically shrouded in mystery.

According to what has been revealed by PureVPN, the VPN provider received a variety of responses, ranging from straight-up service complaints, requests for feature enhancements, speed, and disconnection issues to server requests.

How Did PureVPN Respond?

On the Speed Front

The VPN provider listed the help of AV-Test GmbH to put its speed claims to the test. This was done after the VPN provider had revamped its underlying infrastructure, server architecture, and other optimizations. The report by AV-Test GmbH was released at the end of November 2018, and PureVPN passed with flying colors.

It was phenomenal to see a VPN provider taking user feedback so constructively and using it as building blocks for the future. The complete list of achievements by PureVPN, backed by user feedback, can be seen here. Seeing how positively the VPN provider took the feedback of its users, it’s safe to assume that PureVPN might just introduce us to a new meaning of the word “customer-centric” in 2019.

PureVPN is the most trusted VPN service, that allows its users to experience the internet securely and anonymously with blazing fast speeds. Founded in 2007, PureVPN has over 3 million users that use its 6500+ server network in 100+ countries.

PureVPN Releases a Report on Global Internet Censorship
Censorship on the internet is rampant around the world, but which countries are the worst and best in terms of online freedom? PureVPN's report reveals it all.
PureVPN - Mar 30, 2021