Wakefield Wines, the Most Awarded Wine in the World 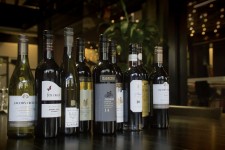 SYDNEY, October 3, 2017 (Newswire.com) - Vino-lovers rejoice, the world’s most awarded wines and wineries have been revealed in the much-anticipated release of the 2017 World Rankings of Wines & Spirits (WRW&S) Report,  and Wakefield Wines is most awarded.

Released annually by the World Association of Wine Writers and Journalists (WAWWJ), the report is a definitive ranking of the world’s most awarded wines, wineries, and wine regions. The ranking is the only one of its kind to benchmark wines on a global scale.

“The annual list aims to reward the efforts of the World Wine Companies who compete and demonstrate consistency across the numerous wine shows around the world,” said WAWWJ Chairman Leonardo Castellani.

“Out of 700,930 wines evaluated in the competition, 150 wines received the prestigious accolade for ‘Wine of the Year’. This is the main distinction of the WRW&S and is only given to those wines that receive 125 points minimum over the course of the year.”

Of the competing countries, France, USA, Spain, Italy and Australia rounded out the top five.

Commenting on being named the ‘Most Awarded Winery in the World’, Mitchell Taylor, Third- Generation Winemaker and Managing Director of Wakefield Wines said:

“International wine competitions and rankings like the WRW&S are proof of just how exciting Australian wine is becoming internationally. Through our tastings and events across the country, we’ve found U.S. wine drinkers to be very open and interested in trying wines from all over the world.”

The WAWWJ compiles the rankings in the report by totaling the trophy and medal results from a selection of 80 international wine shows around the world. These shows make up the top wine competitions from the more than 495 competitions around the world, with competing wines from more than 5 countries. The results are then tabulated and scored independently by the WAWWJ and posted to the organization's website each year.

The 2017 World Ranking of Wines and Spirits Report

After four decades in the Clare Valley, Wakefield Wines remains proudly family-owned and run (and a founding member of Australia’s First Families of Wine). The vision to build Australia’s most successful family-owned wine company was set by Bill Taylor who, in 1969, purchased land with his brother John and father Bill Taylor senior by the Wakefield River in Auburn. This vision has been nurtured and expanded by the next generation, Mitchell, Justin and Clinton Taylor, who all have key roles in the organisation. Wakefield challenges world standards through its progressive practices, most evident in the family’s commitment to bottling all wines from the 2004 vintage under screw cap, the first major Australian wine company to do so. Wakefield ability to meld tradition and innovation results in regular recognition, both in Australia and on the highly competitive world stage. In September 2009, Wakefield Eighty Acres range became the world's first 100% carbon neutral wine range in accordance with the international standard for lifecycle assessment ISO14 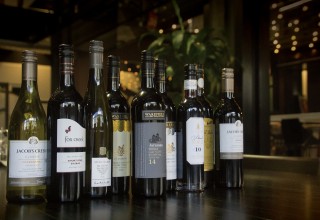 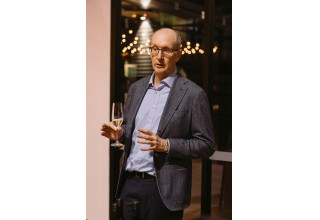 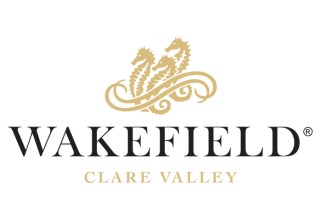