The Weed Weirdos Are Back in Charles Band's EVIL BONG 777

And this time, producer/director Charles Band is dragging his merry band of misfits to Sin City itself...Strap yourself in for EVIL BONG 777, a wild, wooly and weedy mutant comedy filled with kooky practical special effects, puppet sex, psychotronic laughs and enough smoke to choke a million baked chickens.

EVIL BONG 777 leaves off where last year's EVIL BONG 666 left off. Our scowling weed-spewing Eebee is out of "Sexy Hell" and heading to Sin City with danger on her tail! She's joined by her whack pack of fabulous freaks: Faux Batty, Rabbit, Misty and The Gingerweed Man.
Get ready for a tidal wave of smutty, skunky, surreal insanity as the gang gets into all manner of misadventures. Can Vegas handle this gaggle of ganja-fied weirdos?

EVIL BONG 777 will be released on Full Moon's Amazon channel, Hulu and FullMoonDirect.com on 4/20 (an EVIL BONG tradition!) and while the film is fully financed and ready for action, the studio wants to make this mad movie even better by opening the doors to an IndieGoGo campaign, giving fans amazing contributor exclusives, perks and a chance to be immortalized in the movie itself!

Says Band:
"We're reaching out to you directly, our awesome fans and asking you to help make our next production even more far-out with more practical effects, amazing puppetry, and surprises. This is going to be the most outrageous EVIL BONG movie yet and we want all of you to become a part of it!"

Other contributor reward perks include:
Exclusive DVDs, resin statues, t-shirts and signed scripts!
Ultra Limited Run Variant Replicas!
A place in the audience for the most insane puppet burlesque show ever filmed!
A trip to Tom Devlin's Monster Museum!
Be an executive Producer!
And more...

www.indiegogo.com/at/eb777
You can check out the campaign for yourself by going here!
Inhale it, hold it, donate and pass it along!
The power of Eebee compels you! 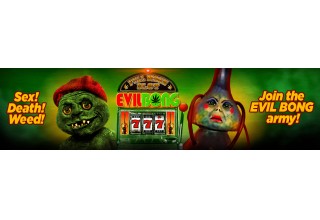 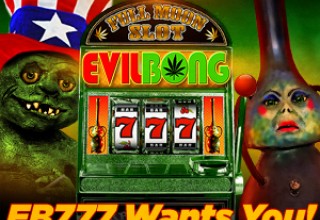 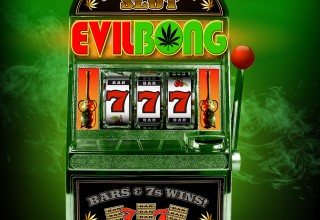 Full Moon Features is an American motion picture production and distribution company headed by B-movie veteran Charles Band which has produced more than 300 films in the past 30 years.