The Spiral Stairway: The System to Build a Holistic Company has been released as a blueprint for all growing companies in the post-easy-money global reality 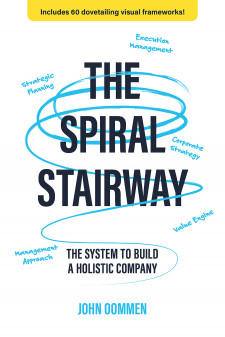 CHICAGO, May 24, 2022 (Newswire.com) - 15 years of easy monetary policy and loose fiscal spending flooded entrepreneurial ventures with private funding and artificially buoyed public markets. But constrained conditions are upon us: interest rates are rising and bailout options are dwindling. Growing companies and entrepreneurial divisions of established firms need a new playbook that demands practicality and discipline for the next decade. The Spiral Stairway: The System To Build A Holistic Company, published by Acumes, is the authoritative blueprint to win in the next decade.

It intentionally deviates from business books that purport one-hit-wonder silver bullets or impractical-in-reality academic views. It resets design parameters for companies in a world where fiscal stimulus and governments printing money are no longer options. The Spiral Stairway is an objective, call to action to all investors, CEOs, and senior executives to build holistic, sustainable, and profitable companies.

The acceptance that many young companies are built on quicksand, enabled by easy money to use cheap materials and poor design, is overdue. It's the underlying reason for the recent and likely continuing market sell-off among new creations; the upcoming survival-focused consolidation; and the resulting cost-cutting and job losses. Younger private companies are facing significant headwinds because the myth of growth-at-any-cost is busted.

"Favorable conditions helped private companies hyperscale and go public with frothy valuations. But over 60% of those that went public since 2019 are now trading well below half their first day's trading value," observes John Oommen, author of The Spiral Stairway. "This figure doesn't even include blank-check listings—they have a far worse track record. After all this, these companies are still unprofitable. Many other private companies were acquired at overpriced valuations by large public companies. These distortions have caused significant wealth destruction for retail investors and passive middle-class shareholders, and it was predictable throughout."

The growth-at-any-cost cycle has ended. We have arrived at a global economic stall-point, as US GDP declined last quarter. Fifteen years of low-interest rates, quantitative easing for many years, and unfathomable amounts of fiscal stimulus have ballooned most rich countries' debt to unserviceable levels. We can no longer support an easy-money era or offer back-stops for poorly run companies.

As a fervent critic of the growth-at-any-cost culture and a believer in the need to balance the incentives of all stakeholders in a company's ecosystem, John lays out a single cohesive methodology to build sustainable and profitable companies.

"Capitalism is a sport best played with transparent rules and sportsmanship. It is time for grown-up conversations about companies," concludes John.

The Spiral Stairway is available in digital and print formats at retailers globally, including Amazon.

ABOUT THE SPIRAL STAIRWAY: THE SYSTEM TO BUILD A HOLISTIC COMPANY

The Spiral Stairway is an insightful, comprehensive, and actionable guide written to aid critical-thinking CEOs, executives, and supervisors to build sustainable, holistic companies that exist to balance the incentives of customers, investors, employees, partners, and society at large. It uniquely bridges the chasm between real‑world behaviors and proven concepts to look at an entire company as one symbiotic organism. The cohesively dovetailed methodology ties together all underlying components and principles necessary to answer the question—How must we build and manage a company?

As an electrical engineer turned business engineer, John Oommen rolled up his sleeves and worked with over three dozen publicly traded, private equity, and early- and growth-phase venture capital companies. He has executed and led turnaround, acquisition, and transformation efforts for two decades seeking to create sustainable value for companies. His expertise is dovetailing a company's purpose, strategy, and operations through strategy development, planning, operations design, and execution management.

To complement his personal and professional experiences in North America, Europe, and Asia, John earned his MBA from Northwestern's Kellogg School of Management and calls Chicago, Illinois home. He is also a certified Six Sigma Black Belt.

Acumes LLC advocates the building of sustainable and profitable companies that optimally balance the incentives and outcomes of all stakeholders—customers, employees, investors and owners, partners, and society at large. 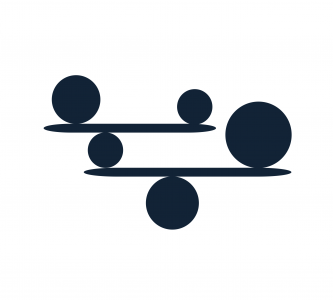