RENO, Nev., January 5, 2022 (Newswire.com) - The National Council of Juvenile and Family Court Judges (NCJFCJ), the nation's largest and oldest judicial membership organization, has launched a new educational Resource Center on Child Sex Trafficking and the Courts. The NCJFCJ is committed to judicial education to improve outcomes for survivors. The organization seeks to build the capacity of the child welfare system, the juvenile justice system, and the community at large to coordinate responses to child sex trafficking.

The NCJFCJ believes juvenile and family court judges play an important role in identifying youth who have survived child sex trafficking and sit in a unique leadership role in connecting them to the resources and services they need to thrive. With funding assistance from the NoVo Foundation, the new resource center will feature informative conversations around topics such as:

Live webinars and Q&A sessions will be released weekly in an eight-part series, "The Role of the Court in Empowering Youth Survivors of Sex Trafficking." The new resources were developed from the guidance of NCJFCJ's Youth Advisory Board. The Youth Advisory Board encourages judges and court staff to go beyond the surface of youth behaviors and understand what youth truly need and want.

"Judges hold great power when it comes to interrupting cycles of abuse and incarceration for young people," said Yasmin Vafa, executive director of Rights4Girls. "Looking at each child as a whole human being, and looking behind their charge to understand the underlying causes of their behavior, can be vital to dismantling the cycle of victimization and adult incarceration that colors the lives of so many trafficking survivors."

About National Council of Juvenile and Family Court Judges

Founded in 1937, the Reno, Nev.-based National Council of Juvenile and Family Court Judges, is the nation's oldest judicial membership organization and focused on improving the effectiveness of our nation's juvenile and family courts. 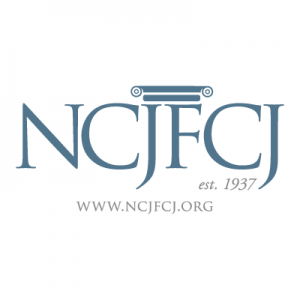