'THE MEN in WHITE': Canada's New Supernatural Crime-Busters Are on the Case!

With over 60 years of combined experience, two seasoned real-life investigators turn their sights to catching ghosts instead of humans. 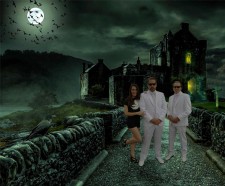 TORONTO, October 19, 2017 (Newswire.com) - ​​All Hallows’ Eve 2017 will mark the beginning of a new breed of crime fighters: “The Men in White.” David Gibb and Mitchell Dubros are seasoned “real-world” investigators with over sixty years of combined sleuthing experience, who are now launching a unique supernatural crime division. The intrepid gumshoes have chosen Halloween, a day when it is believed that the walls between our world and the next become the most thin and porous, to don their trademark white suits, launch their new website (www.themeninwhite.org), and begin a new hair-raising Kickstarter campaign.

After nabbing countless fraudsters, con artists, crooks and thieves over the years, and working cases involving “supernatural frauds”, Gibb and Dubros decided to join forces to investigate things that go bump in the night. “We’ve spent many years chasing real-life ‘ghosts’ and catching human ‘monsters’, and after recently spending five uneventful nights in the ‘most haunted room in New Orleans,’ we figured tackling the supernatural would be a walk in the park,” says Gibb, with a wry smirk. “I’m much more afraid of humanity than I am of any so-called paranormal forces,” he added.

We've been called the 'A-Team' of paranormal investigators.

“If you’re feeling stalked, harassed, threatened or intimidated, in most cases you would turn to the police to ensure your safety and bring the perps to justice,” explains Dubros. “But who do you call (pardon the pun) when the offenders are ghosts or other supernatural beings?” Or at least, when they seem to be? After all, it’s not likely many police resources would be dedicated to your peace of mind and otherworldly security concerns.

Enter “The Men in White” to the rescue.

Gibb’s real-life “partner in crime,” 25-year-old Beverley Thompson, an expert in holistic energies, has also joined the team to act as their spiritualist sidekick and dutiful assistant. Together, they are a force to be reckoned with – whether you’re a pesky poltergeist or a crafty inn owner trying to deceive the public to increase guest traffic. “We’ve been called the ‘A-Team’ of paranormal investigators,” says an amused Thompson.

While Gibb is a natural-born, “evidence-based” skeptic, both Dubros and Thompson are believers in the spiritual world and hope their pursuits will convince Gibb of a supernatural reality. “I believe one of the best investigative strategies to follow is for an experienced detective to act on his or her hunches, and then seek the proof,” says Dubros. “And my hunch is that, while most ‘happenings’ are either fraudulent or simply wishful thinking, paranormal beings do indeed exist among us.”

To aid in their quest, The Men in White have assembled a collection of cutting-edge gadgetry from both the real-world P.I. domain as well as the paranormal realm. These “toys” include all forms of electronic sensory equipment (frequency, seismic, sonic, infrared, ultraviolet, and thermal), high speed photographic devices, as well as EMF meters, EVP recorders, spirit boxes, and laser grid pens.

As Halloween approaches, the fearless Dynamic Trio is busy looking for trouble. Or at least for troubled souls. They will be launching a Kickstarter campaign to raise funds to spend a night at the infamous Gibraltar Point Lighthouse on the western tip of Toronto Islands. The decommissioned lighthouse is reputedly haunted by the ghost of John Paul Radelmüller, Toronto’s first lighthouse keeper, who was murdered there in 1815. “A mysterious murder, a secluded location and nowhere to run make the Gibraltar Point Lighthouse one of Toronto's scariest spots to go at night,” reports BlogTO. For the right pledge amount, a limited number of sponsors will even be able join the ghost-busting trio on their terrifying quest.

Meanwhile, the team is also anxious to listen to anyone experiencing ghostly disturbances, as well as investigate other supposedly haunted venues anywhere in North America. They will even serve to verify or negate the existence of paranormal activity in hotels or other tourist destinations. “Fraudsters…er, I mean honest businesspeople, have nothing to fear if they are indeed hosting ectoplasmic parties,” says Gibb. “In that case, we could even help to corroborate the ghost stories.” But he’ll believe it when he sees it, of course.

So if you are bothered by ghostly occurrences and need some help, or some restful sleep, don’t  wait any longer. You know who to call (…or Tweet, email or text).​

Source: The Men in White 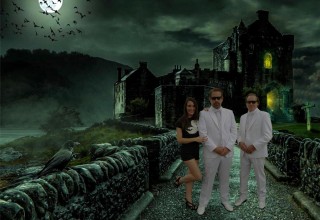 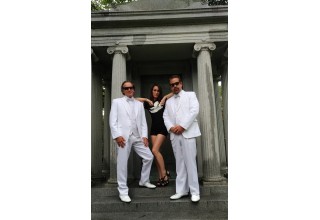 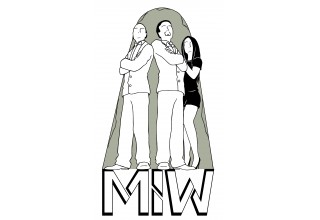