Celebrate the 50th anniversary of the Apollo 11 launch with silver-plated and copper Robbins Medal Commemoratives. 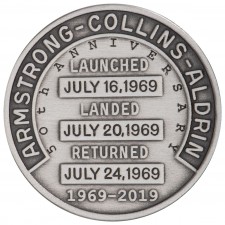 BURNSVILLE, Minn., August 28, 2018 (Newswire.com) - On July 20, 1969, an estimated 530 million people were glued to their TVs, watching as Neil Armstrong stepped onto the lunar surface with his now legendary words: "That's one small step for [a] man, one giant leap for mankind." This historic event would unite a nation and inspire generations of people to become scientists. Neil Armstrong, Edwin “Buzz” Aldrin and Michael Collins had with them a special memento of the mission – sterling silver medals that were minted with their names on it.

Starting with Apollo 7, the Robbins Company began working directly with one or more astronauts from each mission to design and strike medallions that would travel aboard their missions into space. Paid for by the crews and available for purchase only by NASA astronauts and members of the AFO support crew, these sterling silver mementos usually had very limited mintages of 100 to 450 medals per mission. Versions minted in 14k gold, usually reserved for the astronauts’ wives, were also created in more limited numbers.

It is so exciting to see the modern adaptation of the Robbins Medal come to life. Not only will people be able to add something new to their collection, but all proceeds that would have gone to the Apollo 11 families are instead being donated to charities that we have thoughtfully chosen.

The facts that Robbins Medallions are closely associated with astronauts, and that they have actually flown in space, makes them very sought-after collectibles. The top 10 auction prices for these medals range from $30,000 to nearly $62,000.

For the first time, medallions bearing the same design as the originals are available to the public. Asset Marketing Services and its two brands, ModernCoinMart and GovMint.com, have worked to bring Apollo 11 50th Anniversary Commemorative Robbins Medals to life.

"It is so exciting to see the modern adaptation of the Robbins Medal come to life. Not only will people be able to add something new to their collection, but all proceeds that would have gone to the Apollo 11 families are instead being donated to charities that we have thoughtfully chosen.” — Mark Armstrong

The obverse replicates the original design with the Eagle landing on the moon and on the reverse, you’ll find the names of the astronauts along with Launched, Landed and Returned dates. 50th Anniversary and 1969-2019 have been added in celebration of this historic event.

These commemorative medals are currently available in one-ounce copper, or one-ounce silver plated copper, but more exciting releases are to come. 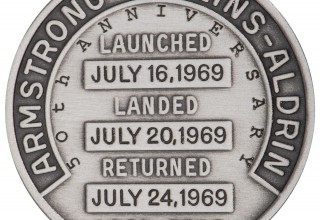 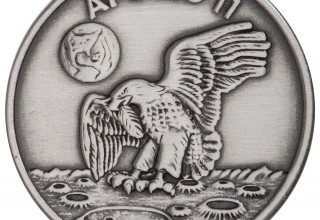 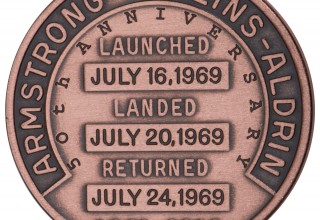 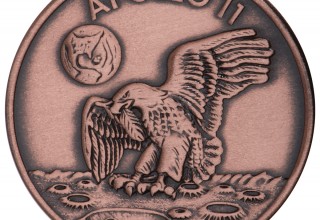 Since 1984, Asset Marketing Services, LLC (AMS) has provided collectors, history buffs & others with the finest collectible products. Its brands, GovMint.com, ModernCoinMart, and LPM.hk, and Collectors Limited combine to make one of the largest direct-to-consumer retailers of collectibles.