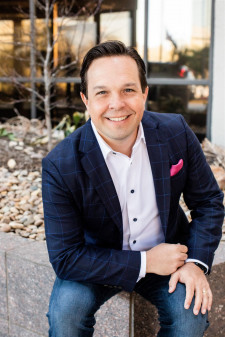 In addition, Bob Shank will become the Founder Emeritus as he continues to serve on the Board of Directors and to be a contributor to the Priority Living community.

Shank's perspective about this change:

"God has impressed on me and our Board over the last few years that this ministry has become a movement that will continue and thrive beyond the Boomer generation of its founders. Our leadership has always come from within the Master's community, and God has raised-up Jeff Gerhardt as the leader with the Calling to multiply our potential into the future. I could not be more supportive of this recognition and Jeff's strategic plans for our future!"

"Stepping into the legacy that Bob Shank has created is an immense honor and exciting work to be a part of," Jeff Gerhardt said. "The work that Priority Living does is uniquely the most impactful Christian Leadership program I have ever seen. We will take the rich foundation that Bob Shank has provided and move it to the next generation. It's true that we stand on the shoulders of the giants that come before us. As anyone who knows The Master's Program can attest, Bob Shank has been a generous giant whose mentorship has impacted many of the greatest leaders of the last 30 years."

Alan Pott, Chairman of the Board of Directors, said, "Selecting the right senior executive is the single most important board responsibility. It is the one decision, more than anything else, that makes a ministry work effectively. The leader of a Christ-centered ministry must be called of God to the position, exemplify Christ in qualifications, exercise Spirit-guided discernment in functions, and be accountable to God for performance. As the founder of Priority Living and The Master's Program, Bob Shank not only taught this but, more importantly, he demonstrated it with integrity. I am convinced that Jeff Gerhardt has been called by God to take the baton and advance the mission of Priority Living."

This year, The Master's Program celebrates the 25th anniversary of the first TMP group formed. Now in its 38th year, Priority Living will continue to serve marketplace leaders with a unique proposition. As a result, you can experience eternal significance for Christ in your family, career, and life's mission!