NEW YORK, October 14, 2020 (Newswire.com) - ​​Artist, fashion designer, and dancer Alisha Trimble and filmmaker Richard C. Ledes release their collaborative video produced by Footnote Four. Based on the short story "The Masque of The Red Death" by Edgar Allan Poe, the video by filmmaker Richard C. Ledes with voiceover, illustration, and dance by Alisha Trimble is an example of a new approach to distance-creating born out of necessity because of the pandemic. Following the no-frills style of filmmaking called Dogma 95, the process of creating which sets strict rules limiting what filmmakers can do, R.C. Ledes calls the style of his new video an example of “COVID-19 Dogma.” Art objects pictured in the film are currently available and a zine with the complete text of the short story by Poe and bonus coloring book pages (zine release date: Oct. 20) are shoppable products connected with the video, available at alishatrimble.com. “The Masque of the Red Death” video has a musical score composed by the French Jazz drummer Louis Moutin, founder with his twin brother and bassist Francois Moutin of the Moutin Factory Quintet. The video can be viewed on Richard C. Ledes’ YouTube page beginning on Nov. 11 as well as on the website TheMasquePoe.com.

(Detroit, U.S., 1980) Alisha Trimble is an interdisciplinary artist with work that spans over 20 years. Alisha regularly presents her work in a conceptual context through performative installations, utilizing costume, site, and performance to unfold the meaning of an aesthetic. Alisha Trimble is a known leader in designing sustainable fashion, a regular contributor to print media, and trained in ballet teaching for children and adults with The New York Theatre Ballet. Her work was featured in ELLE, WWD, The New York Post, Creem, Stylist, L’Officiel, Racked, and Grazia and she has written for COMPASS and The Lakeville Journal among other print news publications.

Alisha Trimble says, “We both feel the story is so timely; it describes the way wealth can provide the privilege of luxury isolation from a pandemic – until it doesn’t.”

Ledes says, “I did a feature film on the streets of New York City in the days following Hurricane Sandy. Filmmaking for me is a way of coping.”

“Working together remotely on this video helped me to deal with what was going on,” says Alisha.

Ledes says, “I think our video is an example of what I would call COVID-19 Dogma videos. In 1995, the Danish filmmakers Lars Von Trier and Thomas Vinterberg proposed a series of radical restrictions they called Dogma 95 – but radical restrictions are the rule with COVID-19. I was totally mesmerized by Alisha’s work, so any sense of limitations imposed by the pandemic was quickly overshadowed for me by the intensity of working with her amazing output of work in different forms. I filmed Alisha remotely where she has been quarantined in Connecticut. I used a variety of cameras to re-frame the standard generic framing offered by the various forms of video networking. Together, Alisha and I played around with whatever lighting was available. In particular, her talents both for costume design and as a professionally trained ballet dancer were a great inspiration for me. I mixed this video footage with footage I shot on my own, having in mind the video we wanted to make." 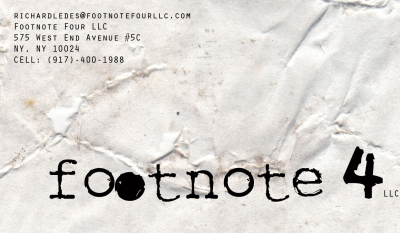