A Show about Real People in the Cannabis Industry

LOS ANGELES, August 1, 2018 (Newswire.com) - Are people who consume cannabis lazy unemployed losers? If you watch most television shows, they depict stereotypical stoners like the old Dazed and Confused types. The Hollywood Reporter stated, "While recent shows such as Ballers and Disjointed depict the cannabis industry, some cannabis professionals believe they are “out of step with the times.” Introducing “The Marijuana Show”; a show about smart and savvy people premiering its third season on Amazon Prime.

The popular show is like “Shark Tank and The Profit meet Survivor” as nine savvy and engaging entrepreneurs pioneering a multi-billion dollar marijuana industry compete for mentor-ship and investment. Cast members are put through emotional, physical and professional challenges and one contestant becomes the next marijuana millionaire.

The show is the brainchild of the dynamic duo, Wendy Robbins and Karen Paull, leaders in this movement: “In 2014 we had the idea to look for the next marijuana millionaire... That became our tagline. We bootstrapped the production and two weeks later we had 200 people audition in Denver. The show became a huge hit and a year later we got a million dollar investment to finance future production,” said Karen Paull.

Massive mainstream press helped the show be seen by Millions; with season 3 projected to be seen by 10 million people. There is a huge audience for smart cannabis shows especially since over 60 percent of Americans think cannabis should be legalized and It is medically legal in 30 states. Miner & Co. Studio’s survey results of several hundred cannabis users reveal that over 86 percent are employed full-time and 77 percent make more than $75,000 a year.

“Our timing to distribute the show now is to help educate and advocate before the midterm elections. We produce our show to stop the stigma, to end prohibition and the futile war on drugs,” said Wendy Robbins, director/producer.

The Marijuana Show was created to end the misguided stigma and the reefer madness myths while educating prohibitionists on the plant’s medical benefits. The show has offered $20 million and now the producers are launching High Finance, a cannabis and hemp equity fund, because of the powerful demand by investors to be part of this growing market.

Who are the contestants on Season #3? The producers held auditions all over the country searching for the Next Marijuana Millionaire. The cast has fascinating and emotional backstories, coupled with unique products or services.

Wendy Robbins and Karen Paull are the hosts, mentors and represent their investment fund on the show.

#The Marijuana Show was created and produced by Wendy Robbins and Karen Paull, a Green Equity Media Production. Release Details: Episodes 1 - 5 August 1st and episodes 6 - 9 launching in the Fall. For more information: www.themarijuanashow.com. Follow on Facebook, Instagram and Twitter. A short trailer can be seen here: Preview of Season 3. 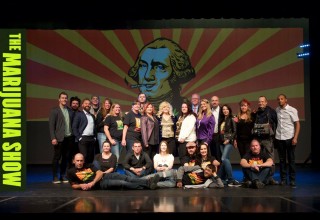 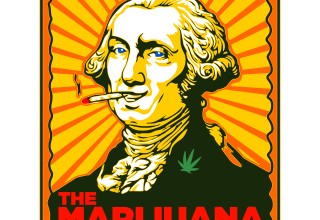 About the marijuana show

'The Marijuana Show' Will Train the Cannabis Industry's Projected 250,000 New Employees
"Bud-Camp - it's not illegal to take our classes" (The Producers, Karen Paull and Wendy Robbins)
the marijuana show - Jan 17, 2018

The Smokin' Hot Amazon Prime Series, "The Marijuana Show"is Searching for the Next Marijuana Millionaire in Los Angeles!
The Marijuana Show, the first-ever reality show about investing in the Cannabis industry are coming to Los Angeles.
the marijuana show - Sep 11, 2017
Newswire