Major Williams, a Republican candidate for California Governor, and his campaign team is preparing for a successful recall of Gavin Newsom. The campaign is confident in their ability to win the special election after the recall is confirmed. 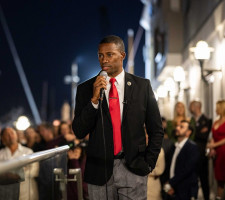 PASDADENA, Calif., February 25, 2021 (Newswire.com) - Major Williams, a Republican candidate for California Governor, and his campaign team are preparing for a successful recall of current Governor Gavin Newsom. Voters have until March 17, 2021 to collect 1,459,709 signatures to trigger a recall election. Williams has been on the campaign trail meeting with voters from all parts of California and continues to ramp up campaign activity as the deadline approaches in preparation for a bid at the Governor's seat.

The Major for Governor campaign has seen tremendous growth over the past 12 months and Williams is one of the fastest rising Republican candidates on social media in California history. With more than 41,000 likes on Facebook, 21,000 followers on Twitter and a whopping 175,000 followers on Instagram, Major's popularity continues to rise. His popularity is a testament to the excitement residents feel in regards to his candidacy and ideals. In addition to this impressive momentum, every event Major Williams attends generates a large audience due to his presence and ability to rally and unify California voters.

Williams states, "We need someone in office that thinks differently in order to solve complex issues. I have the unique ability to walk into a room of a variety of ethnicities and political party affiliations and gain consensus through conversation."

The ability to bring together the masses, even those who have different backgrounds and ways of thinking, exhibits his value as a leader in California. Williams is a born leader with an entrepreneurial spirit that speaks to the American dream. His goal is to restore the essence of California and implement policies that improve the quality of life for all. He strives to bridge the gap between residents and lead them in a positive direction for a brighter future.

California citizens are frustrated with Newsom's handling of the COVID-19 pandemic and, as Williams stated on Fox and Friends, Newsom's "poor leadership."

Williams added that people are "unified by frustration" and that, "[Newsom] said he's going by the science, but he really isn't. It's hurtful to all Californians."

Major's campaign is a campaign of the people. The campaign stands for pro life, law enforcement, forest management, legal immigration, and the 2nd Amendment, while claiming to be anti mandatory vaccinations, overregulation, and defunding of the police.

About Major Williams: Major Williams is running for Governor of California. He and his wife founded Major Kicks for Kids, a non-profit organization that helps economically disadvantaged kids pursue their dreams, and he also runs the New California Governor Committee, which was created to vet and support gubernatorial candidates.

About Major for Governor

As Governor, Major intends to restore the essence of what California truly is and address policy that will make life in California the best it can be for all citizens. 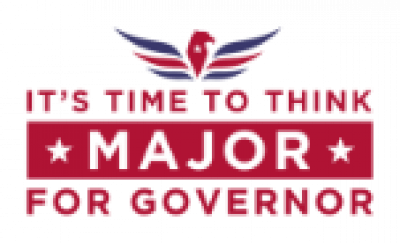