The LOST Con Brings Fans Back to the Island 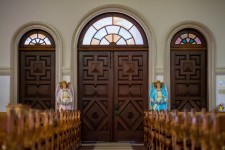 HONOLULU, February 5, 2020 (Newswire.com) - More than 200 fans of the hit television series LOST from around the world are currently registered to attend LOST 2020, a fan festival on Oahu, May 21-24.

Fans "have to go back" to the island for exclusive screenings of the pilot and final episodes at locations where they filmed, a cast Q&A and autograph/selfie session, an “Orientation” welcome reception and “The End” wrap party, a beer pour with cast member Andrew “Patchy” Divoff, a Legacy of LOST Panel with fan experts including Josh Wigler of The Hollywood Reporter, location tours, costume contest and much more.

The series finale is certain to evoke emotion, as it’s being screened in the church where the final 10 minutes of the episode filmed. Due to space limitations, only the first 250 ticket holders will be able to view the screening at the church. A second screening has been added at the Hawaii Convention Center to accommodate additional attendees. Only a few tickets remain for those wanting to see the finale in the church.

The pilot episode will be screened outdoors at night at Kualoa Ranch. Several scenes of the pilot were shot at the Ranch, including the last moments when Charlie said, “Guys – where are we?” This screening will cap off a day of adventure at the Ranch, including a custom LOST tour of filming locations, a group photo at Hurley’s Golf Course, and a delicious “Orientation” welcome reception with Hawaiian food.

The non-profit Cancer Gets Lost will be hosting an on-site charity auction to help kick off the event, featuring rare and signed LOST memorabilia. In honor of friends currently and bravely battling colon cancer, including a long LOST friend in the fan community, Cancer Gets Lost will be donating 100% of all proceeds from the CGL Live Charity Auction at LOST 2020 to the Colorectal Cancer Alliance.

The LOST Con previously held two events in Hawaii for LOST fans. The first, in 2014, commemorated the 10th anniversary of the pilot and was attended by 270 fans from 14 countries and featured Jorge Garcia (Hurley) in the cast Q&A panel. LOST 2020 will be the final event.

Steve Peterson, founder of Hollywood in Real Life and a three-time attendee, said, "As we head into the final fan event, I feel this quote is more relevant than ever: 'This is a place that you all made together so that you could find one another. You needed all of them and they needed you ... to remember and to let go.'"

He continued, "Not that any of us will ever let go of LOST, but this event gives closure, brings The LOST Con full circle and helps to keep the show alive. We were there six years ago to remember the beginning, and we all 'have to go back' to remember The End. LOST is a show that changed my life, led me to meet some of my best friends, and sparked a new hobby/passion for me. Being able to celebrate and remember the show where it was filmed with some of the most loyal and hardcore fans is truly amazing and something I wouldn't miss for the world."

LOST filmed on Oahu from 2004-2010. It still makes headlines from Entertainment Tonight to TV Line. The question most frequently asked is whether ABC will revisit the show at some point. ABC Entertainment president Karey Burke weighed in during a Television Critics Association press tour last year. "Yes, I would like that very much. That is a reboot I would be interested in seeing," Burke said. Will it happen? Are the fans interested? It’s something that will definitely be discussed during the Legacy of LOST panel at LOST 2020.

For more information, event updates, or to get tickets, visit www.thelostcon.com. You can also connect with the event on Twitter and Instagram.

About The LOST Con 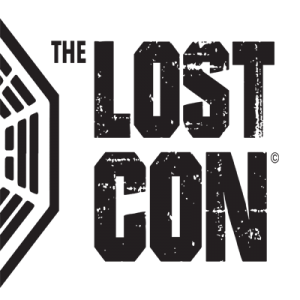