VILNIUS, Lithuania, November 30, 2018 (Newswire.com) - Promwad Electronics Design House has come up with a strategy of the national hardware ecosystem development at Hardware Congress 2.0, the leading event for executives of hi-tech electronics companies in Minsk, Belarus. The strategy is based on analysis of the most innovative countries in the world, a series of interviews with the industry experts, and the Promwad Company experience in innovative electronic product design.

Last year, Belarus became the center of international attention thanks to a new state decree for the hi-tech industry development. The New York Times, Bloomberg, Forbes, Reuters, The Associated Press, and other independent media described the country as a new tech hub that gave the world famous software products such as Viber, MSQRD (now a part of Facebook) and the World of Tanks. Today, the Gartner analytical company considers Belarus as one of the top locations for outsourcing in Eastern Europe.

To help the maximum number of teams in electronics to become independent and grow them into successful companies. To make Belarus a strong player in the global electronics market.

The initiator and main author of the hardware ecosystem strategy is the founder and CEO of Promwad, Roman Pakholkov. He believes that сontinuous innovations are the basis of any modern business ecosystem, referring to Peter Drucker’s popular quote: “A business has only two functions: marketing and innovation.”

Roman studied top countries from the global innovation index (GII) with focus on the significant success stories in the field of electronics in the Netherlands, Sweden, Singapore, and Finland. He traced some patterns in their history and proposed concrete steps to accelerate the Belarusian hardware ecosystem development guided by international experience.

Promwad’s CEO suggests 5 specific steps that can be done today by the electronics industry players:

The author of the hardware ecosystem strategy believes that this growth will result in the emergence of industrial and territorial clusters, infrastructure development for hardware startups, successful sales of spin-offs to the world tech leaders, and the inclusion of the Belarusian hardware business in the global ecosystems.

The hardware ecosystem strategy is in the context of Roman Pakholkov personal mission which is:

“To help the maximum number of teams in electronics to become independent and grow them into successful companies. To make Belarus a strong player in the global electronics market.”

To learn more about the hardware ecosystem please join the group with the same title at LinkedIn (both in Russian and English languages).

About the Promwad Company

Promwad is the largest independent electronics design house in Eastern Europe, with its R&D center in Minsk, Belarus. It creates new competitive products and tech solutions for the electronics market commissioned by customers from around the world. There are 115 employees in the company, including hardware and software engineers, industrial and mechanical designers, technologists and manufacturing experts.

Also, Promwad has an office in the European Union, it is located in Vilnius Tech Park.

Roman Pakholkov is a founder and CEO of Promwad Electronics Design House. He received an MBA degree in Belarus and then continued his business education at the Stockholm School of Economics (SSE).

Roman started his career as a System Engineer and designed complex devices at the cutting edge of technology. In 2004, he founded Promwad, the first private company in Belarus providing a full cycle of electronics development: from the idea to the launch of mass production. Today, several million people around the world use devices created by the company engineers.

Having an active social position, Roman has been supporting sports and outdoor activities in Belarus for more than 11 years. He is the founder and sponsor of Promwad Tour (an adventure racing cup), and the founder and leader of the of Adventure Racing Federation in  Belarus. 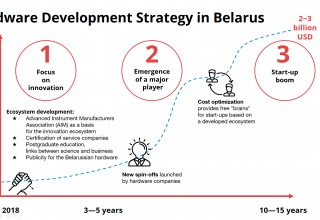 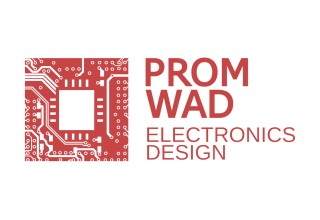 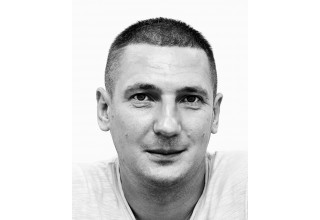 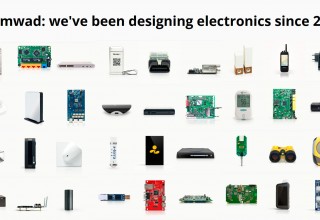 Our Electronics: The Top-10 of Promwad Development Projects
Today we are publishing the article about electronics development for mass production. During the past year and a half we have been writing about all design stages for new devices: from an idea to an after-sale service.
Promwad - Sep 18, 2015