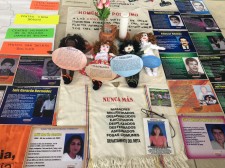 NEW YORK, February 5, 2020 (Newswire.com) - On Feb. 1, 2020, the International Coalition of Sites of Conscience suspended the membership of the National Center for Historical Memory in Bogotá, Colombia, from its global network of 275+ historic sites, museums and memory initiatives.

The action came after the Coalition, in concert with its Colombian Network of Places of Memory, and its Network of Latin American and Caribbean Memory Sites – RESLAC, expressed its concerns about biased and excluding public statements made on behalf of the Center. It requested clarification of the Center’s positions in a letter to its Director, Rubén Darío Acevedo, dated Sept. 24, 2019, calling for the Center to reaffirm its adherence to the Coalition’s principles and its commitment to all victims of the armed conflict in Colombia.

The Coalition then informed the Center on Feb. 4, 2020, that in order for its membership to be reinstated, it must commit its adherence to the "Principles on Public Policy for Memory in the Americas" of the Inter-American Commission on Human Rights, to the Coalition's principles and to the working criteria requested by RESLAC, including the following:

1. That it recognize the armed conflict in Colombia, as established by the Colombian Victims' Law and the legislative acts that form part of the constitutional bloc.

2. That it seek to guarantee the Right to the Truth of all victims, their families and organizations, based on a broad definition of a victim of the conflict as all persons who have suffered human rights violations by all armed actors.

3. That it recognize the centrality of victims in all institutional efforts and guarantee their participation in the processes of consultation, decision-making and execution of symbolic reparation measures.

4. That it support the exercises of memory that are being developed from civil society and recognize the value of places of memory, archives and museums generated by communities.

5. That it seek to build a culture of coexistence for the non-repetition of the past of political violence in Colombia, incorporating the findings and recommendations issued by the Commission for the Clarification of Truth, Coexistence and Non-Repetition.

6. That it commit to ensuring that any change to the museum's script will be made through a broad participatory process.

Only when these requirements are met can the National Center for Historical Memory’s membership be considered for reinstatement – and through this process can the confidence of victims' collectives and sites of memory be restored.