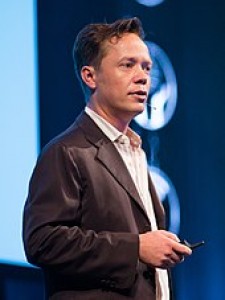 NEW YORK, August 24, 2020 (Newswire.com) - ​Brock Pierce, the digital currency pioneer and global philanthropist, received the unanimous endorsement of the Independence Party of New York at its presidential nominating convention on Thursday. The party, which has more than 500,000 members statewide, represents the largest organized bloc of moderate voters of any minor party in the state, and it is among the largest third-party political organizations in the nation.

Chairman Frank MacKay stated the following: “Brock Pierce is clearly the best candidate for our times. The world is changing, and we need a President of the United States who understands how to leverage science, technology, and the digital economy to improve people’s lives. Brock Pierce is the kind of principled leader that can move this nation forward and create a new major party in America based in common sense and moderate policies to counteract the highly partisan nature of the current electoral landscape.”

Upon accepting the nomination, Pierce stated, “I feel very honored to receive the endorsement of the Independence Party of New York for our campaign for President of The United States of America. Having the support of the third-largest party in America is a massive endorsement of the freedom, prosperity, and harmony that our campaign is all about. This is a time of unprecedented crisis, calling for unprecedented solutions worthy of the 21st Century. I am prepared to lead America with all of my heart, mind, soul, and spirit. If we join together now, in this moment, we can rise from the ashes of divisiveness and create a much better world.”

Brock Pierce is a proven innovator and global leader in technology and the economics of digital currency. Brock’s love for technology and its limitless possibilities inspired him to become an entrepreneur at the age of 16 and eventually a leader in blockchain technology, a modern expression of the American dream. Brock’s companies and his inventiveness have helped grow the American economy, and through his development and investments in emerging technologies such as the blockchain, he has created thousands of jobs and a strong economic foundation for future generations. ​

The Independence Party of New York also launched a new website at www.independencepartyny.org for information about the party, presidential race, and mission.

More information on Brock Pierce and his candidacy may be found at www.brock.vote.