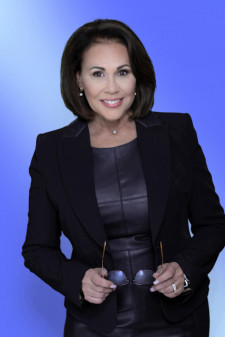 ORLANDO, Fla., August 17, 2021 (Newswire.com) - Human behavior expert, trial consultant and author Susan Constantine announced a one-of-a-kind course designed to train viewers how to detect deception. The foremost expert on body language as it relates to human psychology, Constantine draws from a career working with government agencies, federal court judges, lawyers and legal teams, and corporations to create a series of 20 indispensable lessons focused on techniques and strategies validated by science and vetted in the field that anyone can use to quickly spot a liar. How to Spot a Liar in 7 Seconds or Less is available now exclusively on http://TheHumanBehaviorAcademy.com and Powered by LightspeedVT.com, an online digital publishing platform.

"Susan has always provided amazing insight into the stories and trials I have covered through the years," said Vinnie Politan, a former prosecutor and current Court TV legal journalist, who is featured in the course. "She has a unique skill set in looking at human behavior and detecting deception."

Susan Constantine has worked as a behavioral analyst, trial consultant, and witness preparation expert on many legal cases, including high-profile trials involving Jeffrey Epstein and Michael Jackson. In addition to her work as an author, public speaker and leadership trainer, Constantine has appeared in documentaries and is a much sought-after analyst on network and cable news, appearing numerous times on CNN, Fox News, and Dateline, The Today's Show, Good Morning America, and the Hallmark Channel among others, analyzing the truthfulness of political figures, celebrities, and those involved in high-profile trials, such as the cases of George Zimmerman, Casey Anthony, and the death of George Floyd. For over a decade, she has been a frequent expert media commentator on many other popular radio and television shows, such as Dr. Phil, Nancy Grace, Dr. Drew, Fox and Friends and Inside Edition. Constantine owns and operates The Human Behavior Lab in Orlando, Florida.

"I wanted to create a course that could be easily accessed by colleges and universities, legal professionals, law enforcement, government agencies, true crime enthusiasts, corporations, and anyone interested in decoding deception," Constantine said. "This course isn't a lecture. It's education through storytelling. I wanted the course to be as entertaining as it is informative, and I am proud to say that we've done that."

In eight modules covering 20 lessons, Constantine's course builds a framework of the skills needed to detect verbal, nonverbal, and written clues to assess whether someone is being truthful. With the help of a Constantine's "dream team" of experts, which includes Court TV veteran Vinnie Politan, voice stress analysis expert Jerry Crotty, crime prevention expert Steve Kardian, statement analysis expert Sgt. Bob Shaffer, TV anchor Bob Frier, and sex crime prosecutor Stacey Honowitz, trauma and sex addition mental health therapist Suzanne Rucker, viewers will learn how to analyze facial expressions, body language, written statements, speech and language for telltale evidence of deception. She and her team will go behind the scenes at Human Behavior Lab to experience the three-pronged process used to evaluate truthfulness and will revisit high-profile cases that exemplify the important work these experts do. This course reveals what motivates people to lie, the tactics people use to deceive, and the mistakes that liars, con artists, and murders often make. Viewers will leave the class inspired not only to use these techniques in their professional lives but to see the power of these tactics in their everyday personal interactions.