The Heart of Gonzaga Basketball 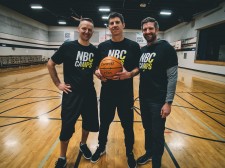 SPOKANE, Wash., March 28, 2019 (Newswire.com) - With Gonzaga basketball reaching it's fifth straight Sweet 16, NBC Camps launches its latest feature in their story series which highlights coaches and campers with inspiring stories.  It features the journey of Mike Nilson, who moved from walk-on to WCC Defensive Player of the Year and core member of the Gonzaga team that changed Gonzaga basketball forever. The story premiered on NBC Basketball Facebook Monday, March 11, on the 20th anniversary of Gonzaga’s first run to the Elite Eight that brought the Bulldogs to national prominence. The video has garnered over 80,000 views in two weeks.

Teammate and close friend Matt Santangelo, interviewed in the video, passionately points to Mike as the cornerstone of the team and the inspiration to rally the Zags in their Elite Eight run. Santangelo also calls Nilson the “prototype” of the blue-collar player that has become Gonzaga’s secret to success.

“You have to look at the progression of Gonzaga basketball. There was always a Mike Nilson - he was the prototype. Now, Gonzaga and the coaching staff can always point to these blue-collar players who really make the whole thing go.”

NBC Camps highlights in this 13-minute video the specific ways Nilson’s grit, determination, faith and hard work helped him move from a walk-on to a scholarship athlete, as well as leader and inspiration for the team. Nilson says, “It goes to show the power of the team. You don’t have five of the best players. You have to have five players who really give their all and contribute to what the team needs.”

NBC Camps believes in the importance of positive storytelling as the nation heads deeper into March Madness. It is a tool to help young athletes understand the secret of success isn’t always the player with all the attention - it might be the player with an injury at the end of the bench who deserves the credit for the March Madness miracles.

NBC Camps Chief Operations Officer Jennifer Ferch speaks to why NBC Camps chose to make this story. “As an educational company, we want to tell stories that point towards the best way to live. Mike’s story certainly does remind us of the power of hard work and the importance of the servant leader. Our world needs leaders who seek to serve the best interests of others and we hope Mike’s story will remind leaders, teams, families and young athletes that all it takes is one person to dive on the floor and sacrifice for the team and the whole team changes - everything changes."

NBC Basketball is an educational training program for athletes. NBC Camps was founded in 1971 by Fred Crowell with the vision of helping to train students for success in life and in their areas of passion and talent. NBC stands for Nothing Beats Commitment and the philosophy that a person’s daily habits reveal future success and that a life of excellence is an intentional choice. NBC Basketball offers college prep basketball camps, team camps, pure shooting camps, complete player camps, travel teams, clinics and academies. Camps are located in eight countries. NBC Camps world headquarters are located in Spokane, Washington. For more information about NBC Camps, visit www.nbccamps.com or call 1-800-406-3926. 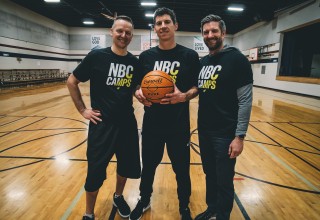 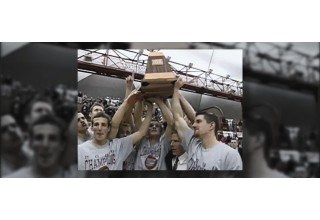 NBC Camps Academy of Sports Excellence is an educational program for students to improve in sports and in life. NBC Camps offers camps, clinics, travel teams, academies and mentoring for students who aspire to excel on and off the court or field.