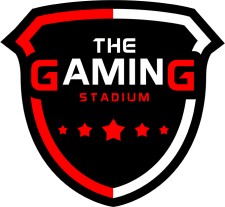 VANCOUVER, British Columbia, December 12, 2019 (Newswire.com) - The Gaming Stadium (the “Company” or “TGS”), owners and operators of Canada’s first esports arena, are proud to announce their involvement in two major high school esports events on December 13 and 14, 2019.

On December 13, TGS will be on-site to support the live League of Legends finals for the Coquitlam School District taking place at Gleneagle Secondary School. TGS will handle all production, including gaming equipment and broadcasting the event online. This event is not open to the public but is open to any high school student in SD43, as well as media wishing to attend.

On December 14, The Metro Vancouver Secondary School Esports Association’s Fall 2019 League of Legends Playoff Finals will be held at The Gaming Stadium in Richmond with the Third Place match starting at noon and the Finals scheduled for 4 p.m. This event is free to attend and open to the public.

“Our goal at The Gaming Stadium is to be a community centre for esports and use video games as a conduit to build a social community,” said Spiro Khouri, CEO of TGS. “We have been working closely with UBC and SFU on a post-secondary level and have looked to work with high schools for some time. Having back-to-back events this weekend is very exciting and a chance to show what the local high school esports scene is all about. We look for this to be the kick-off to long term partnerships with both high school groups and any other high school esports group in the lower mainland looking for support.”

The Gaming Stadium is open seven days a week, with an after school program starting at 3 p.m. and running as late as 11 p.m., with daily activities and tournaments with a focus on accessibility, coaching and developing the next generation of esports in Canada.

Both events will be broadcast online for free via Mixer.com/TheGamingStadium or twitch.tv/thegamingstadium.

Myesports Ventures Ltd. was created in Vancouver, British Columbia in 2018 with the goal of opening the first dedicated esports Stadium in Canada. For more information visit www.thegamingstadium.com.