The Fourth Annual Official Latino Film and Arts Festival Teams Up With the City of Coachella to Bring the Best American Latino and Diverse Produced Films in the U.S.A.

Latinos are Americans. We are White, we are Black, we are Native, Asian, LGBT. We are True American Diverse Beauty. 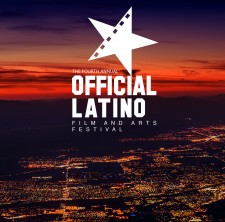 COACHELLA, Calif., July 30, 2018 (Newswire.com) - The Official Latino Short Film Festival is back to showcase over 100 short films written, directed and/or produced by U.S. Latino filmmakers from diverse communities across the nation. The festival’s mission is to showcase, nurture and support emerging creative American Latinx filmmakers in the United States, as well as support culturally inclusive films and filmmakers that present true American diversity. In order to help achieve this mission, Official Latino, for the first time ever, is hosting a bi-coastal film festival by screening films in New York City and Coachella, California.

The official sponsor and presenter is The City of Coachella with additional support from global beverage alcohol producer DIAGEO, The Riverside County Film Commission and Culturas Music - Arts, among others.

The festival will hold preliminary “semi-finalist” film screenings in New York City. The qualifying films from the NYC screenings will travel to Coachella to screen with West Coast films. The films presented in Coachella will compete for awards valued at a combined total of $5,000. According to Latinx filmmaker, president and founder of Official Latino Film and Arts Festival Danny Hastings, “The City of Coachella expressed interest in sponsoring the festival, so we decided to hold the festival in their brand-new library and conference building across the street from City Hall. It is an exciting up-and-coming place with a predominantly Latino population offering rich culture, American heritage, history and art. In fact, with this support, I predict the Official Latino Film and Arts Festival will become the Sundance or Tribeca for the emerging Latinx filmmaker in the U.S.A.”

In an article published in the Desert Sun, Mayor of Coachella Steve Hernandez stated, “The festival represents another step towards establishing Coachella as a destination for visitors interested in culture and the arts as well as an opportunity to capitalize on its now world-famous name. It's a bold move, it's going to put Coachella on the map and I think we're definitely in a position to support it.”

Centered on the theme of “The Awakening of the Sleeping Giant,” the festival will also feature panel discussions hosted by top industry executives and Latinx filmmakers and actors. Culturas Music - Arts, a City of Coachella non-profit cultural organization, has partnered with Official Latino to oversee the art exhibition and a special musical guest performance.

"Lastly, this is an American domestic film festival with the main focus on American content while celebrating Hispanic Heritage Month. Ninety percent of the content screened is in English and produced here in the United States. Our audience is as diverse as the films we screen. We curate our screenings by themes, for example, we have a block of films all directed by women, another called American Diversity and another block of films showcasing LGBTQ narratives among others." 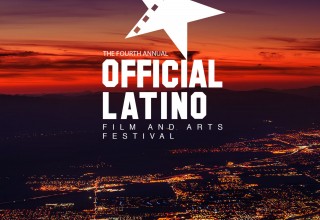 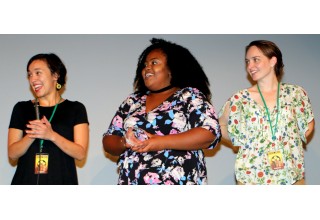 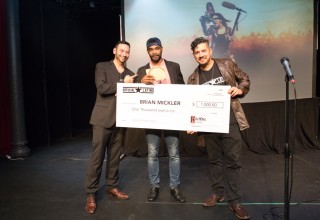 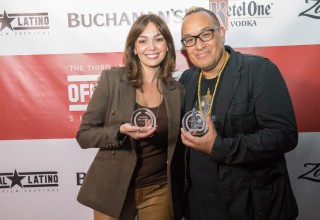