The Dallas Morning News to Honor Democracy on President's Day

DALLAS, February 16, 2018 (Newswire.com) - ​​​​The Dallas Morning News will host a ceremonial flag raising event at 8:30 a.m. on President’s Day, Feb. 19, 2018, at their new office on the site of the original Dallas Public Library, 1954 Commerce Street in downtown Dallas. The flag to be raised at the event flew over the U.S. Capitol the same day The Dallas Morning News’ state-of-the-art newsroom first began operating at the new location less than three months ago.

Publisher Jim Moroney, who is also the chairman, president, and CEO of A. H. Belo Corporation will open the event, followed by Mayor of Dallas Mike Rawlings who will lead the Pledge of Allegiance, and The Dallas Police Department’s color guard will follow to present colors. The Dallas Morning News has invited members of its digital and print subscription offerings to be part of the ceremony to read the First Amendment alongside their local journalists.

“We are pleased to host a ceremonial flag raising event on President’s Day. From President to President, reaching as far back as 1885, The Dallas Morning News has advocated for the liberties enshrined in our Constitution and represented by our flag. We are honored to be a leader in furthering journalism's role in our democracy and as proud patriots intend to carry on that tradition in our new headquarters long into the future. As such, we will fly the flag proudly here each day as a reminder of the importance of our mission and our contributions to this great country," said Jim Moroney.

About The Dallas Morning News

Established in 1885, The Dallas Morning News (dallasnews.com) is Texas' leading newspaper and the flagship newspaper subsidiary of A. H. Belo Corporation. It has received nine Pulitzer Prizes since 1986, as well as numerous other industry awards recognizing the quality of its investigative and feature journalism, design, and photojournalism. Its portfolio of print and digital products reaches an average weekly audience of more than 1.5 million people and includes online news and information sites, iPhone, Android and iPad apps; Al Dia (www.aldiatx.com), the leading Spanish-language daily in North Texas; SportsDay (sportsday.dallasnews.com), named as one of the nation's top 10 daily, Sunday and special sports section by the Associated Press; GuideLive (www.guidelive.com), the source for the most accurate listings and reviews for local restaurants, upcoming events and theater performances in North Texas; and briefing (res.dallasnews.com/briefing), the paper's home-delivered quick-read paper.

For advertisers, the portfolio of products and a suite of traditional, digital and experiential marketing solutions is represented by Belo Media Group (www.belomediagroup.com). 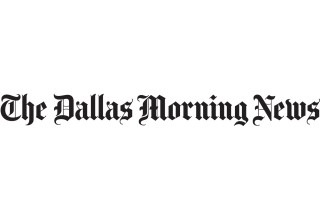 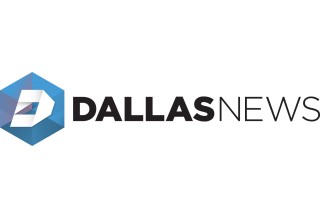 About The Dallas Morning News

Established in 1885, The Dallas Morning News (dallasnews.com) is Texas' leading newspaper and has received nine Pulitzer Prizes since 1986. Its portfolio of print & digital products reaches an average weekly audience of more than 1.5 million people.