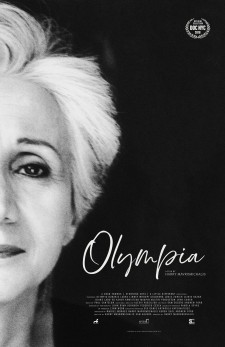 LOS ANGELES, May 30, 2019 (Newswire.com) - Director Harry Mavromichalis’ “Olympia” is set to screen at the Los Angeles Greek Film Festival (LAGFF) on June 8, 2019, at 5.45 p.m. at The Rigler Theatre at The Egyptian. The film has taken the festival circuit by storm with sold-out screenings in New York, Cleveland, Winston-Salem, Martha’s Vineyard and Montclair, New Jersey, and most recently won the Best Documentary award at Hunter Mountain Film Festival.

Mavromichalis follows Olympia Dukakis as she takes on the roles of actor, teacher, wife, mother and social activist. Starting on her 80th birthday and continuing for three years, this film deals with the struggles and pains surrounding identity and the expectations placed on us by society. Its cinema-verité style allows the audience to move alongside Olympia as she navigates between rehearsals, workshops, family life, and finally, the journey with her daughter and granddaughters to her ancestral home in Greece. Exhibiting candor and vulnerability, Olympia shares with us her thoughts on aging, grief and sexuality while opening up about past struggles with depression, suicide and drug addiction. Through her brutal honesty, Olympia compels us to confront our own shortcomings by letting go and moving forward with defiant conviction.

The Hollywood Reporter calls it “an uncommonly personal, cinema verité-style portrait of its fascinating, iconoclastic subject.” CBS News confirms Olympia to be, “ ... a thoroughly captivating film, befitting its arresting star.”  The Muse (Jezebel) states, “ ... Olympia Dukakis finally gets the biographical documentary she deserves.” The Winston-Salem Journal calls it “an exciting, profane and inspiring film.”

About Olympia Dukakis: Actress. Born June 20, 1931, in Lowell, Massachusetts. The daughter of Greek immigrants, Dukakis earned two degrees from Boston University and worked as a physical therapist while pursuing a stage career. Notable films include Steel Magnolias, Look Who’s Talking, Away From Her, Mr. Holland's Opus and Mighty Aphrodite. Known for her deadpan humor and motherly charm, Dukakis won a Best Supporting Actress Oscar for her performance as Cher's mother Rose Castorini in Moonstruck in 1987. She was also nominated for an Emmy for her performance as Anna Madrigal in the public television miniseries Tales of the City. In June 2019, she reunites with Laura Linney, Victor Garber, and Ellen Page for the Netflix Original series “Tales of the City,” the last book by Armistead Maupin.

About Harry Mavromichalis: Harry’s directing and producing credits include “Olympia”, the award-winning, critically-acclaimed feature documentary on Academy Award-winning actress Olympia Dukakis, “Yankee Restraint”: a character-driven piece that examines the intricacies of a gay relationship spanning decades and tackles issues of love and resentment, and “Pretty Ugly: The Story of the Lunachicks”: the untold story behind NYC’s most legendary group of punk rock heroines.

Harry Mavromichalis has dual citizenship from the USA and Cyprus. After working professionally as a modern dancer and having his own dance company in New York for many years, he went back to school and received his Masters in Film Directing from New York University.  Harry curated the first LGBTQ Film Festival and was one of the key organizers of the First Pride Parade in Cyprus. 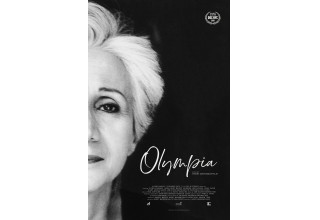 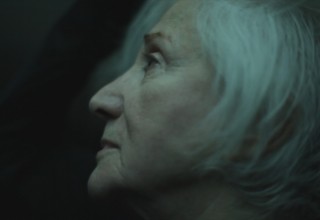 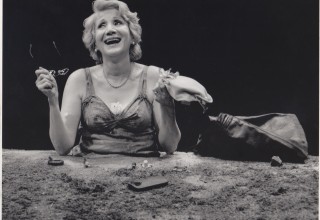 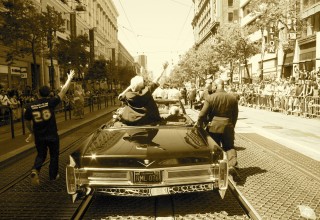