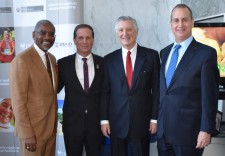 WASHINGTON, December 7, 2017 (Newswire.com) - ​​Congressmen and businessmen from the United States praised the quality of Peruvian coffee and cocoa and celebrated the success of the policy of replacing crops in the fight against drug trafficking in Peru. Both products were tasted this morning by hundreds of people at the headquarters of the U.S. Congress.

The two crops have been produced on land taken from illegal coca plantations in the valleys of the Amazon and Sierra del Peru.

It's a battle where the cocoa is defeating coca, where coffee is pushing back the illegal coca crops.

Carlos Pareja, Ambassador of Peru in the U.S.

"This is a success story," said Peru's ambassador to the United States Carlos Pareja. "It's a battle where the cocoa is defeating coca, where coffee is pushing back the illegal coca crops."

According to the Peruvian diplomat, the policy of crop substitution undertaken by the government of Peru, within the framework of Peruvian cooperation in the fight against illicit drug trafficking, "is paying off" thanks to a strategic alliance of cooperation between USAID, DEVIDA and the local governments of the coca-growing areas.

For her part, the Minister of Women and Vulnerable Populations Ana Maria Choquehuanca, who is in Washington, D.C., to participate in a special session of the Permanent Council of the OAS, said that the substitution of crops demonstrates the government's commitment to advance in the eradication of drug trafficking, on the eve of the bicentennial of the independence of Peru.

"We are accompanied by seven mayors and an alderman from the regions of Ayacucho, Cajamarca, Junín, Huánuco, Pasco and Piura, and all of them have come to testify that it is possible to defeat drug trafficking by promoting effective policies to replace crops that restore their dignity to the affected populations and that improve their income levels," said Alfonso Velásquez, executive president of Sierra y Selva Exportadora del Perú.

The Peruvian coffee and chocolate tasting event was attended by a dozen prominent U.S. Congressmen, many of them members of the U.S. Congressional Caucus on Peru, an association of U.S. legislators aimed at promoting bilateral relations between the peoples of the United States and Peru, as well as between their respective governments.

"From the U.S. Congress, we can help Peruvian farmers grow coffee and cocoa instead of coca," said Utah Republican Representative Chris Stewart. "We are going to promote all our efforts so that it continues to be a success story."

For his part, Congressman Gregory Meeks, Democratic Representative for New York, invited attendees to demand in the U.S. supermarkets "coffee and chocolates from Peru," because they are part of the excellent tradition of Peruvian cuisine. "Some of the best restaurants in the world are in Peru," he explained. Meeks once again invited attendees to visit Peru "where there are wonderful places to explore."

The "Coffee and Cacao Day in the United States Congress" was organized by the Peruvian Embassy in the United States and Sierra y Selva Exportadora del Perú. The purpose of the event was to demonstrate the success of the policy of replacing crops to eradicate the illegal production of coca leaf in Peru and also to find new export markets for both products. 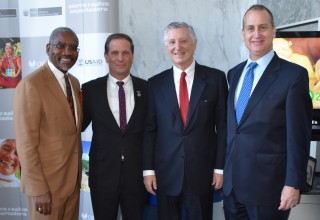 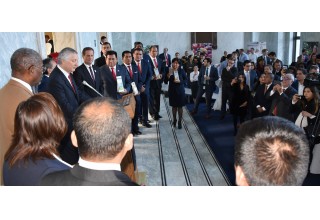 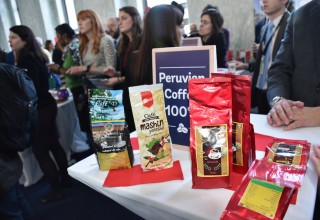 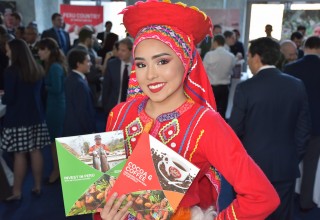 About Embassy of Peru

The Embassy of Peru in Washington, D.C., is in charge of executing the foreign policy goals of the Peruvian Government vis-à-vis United States authorities. 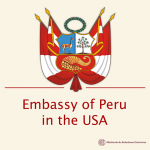