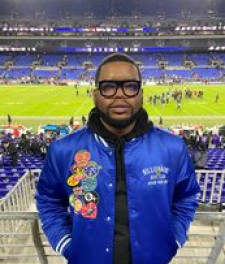 HOUSTON, March 9, 2022 (Newswire.com) - Charismatic interviewer Mighty Bolton has introduced a fresh new perspective on The Life and Times of the late great Tupac Shakur, Death Row Records, as well as a lot of the untold stories surrounding the late rap icon's short but legendary career. Bolton runs the popular The Art of Dialogue YouTube channel whose videos have been viewed over 50 million times around the world.

Bolton has had a plethora of interviews. Tupac's suspected alleged assassin's Uncle Keefe D who, in the interview, stated that he was in the car when Tupac was shot in Las Vegas on Sept. 7, 1996. He has been able to procure some of the artists, including Danny Boy who collaborated with 2Pac on some of his most memorable hits such as "I Ain't Mad at You."  In addition, he has interviewed Easy Mo Bee who worked with both 2Pac, and one-time friend turned enemy the late Notorious B.I.G. Bolton has also secured the likes of 2Pac's former Outlawz group member Napoleon, former Death Row security head Reggie Wright Jr. and Daryl Harper who produced three songs, "Krazy," "Life of an Outlaw" and "Me and My Girlfriend," which are featured on 2Pac's legendary Makaveli album. Bolton was also able to obtain an interview with Tupac's close friend, former all-star wide receiver and Superbowl champ Andre Rison. In one of Bolton's most recent viral interviews with platinum songwriter Delray Richardson, Richardson highlights Tupac's bail agreement that reveals while Tupac recorded under Death Row, he was in fact still legally signed to Interscope Records.

With most of his explosive interviews quickly going viral, Mighty Bolton recently sat down with www.okayplayer.com and said, "I'm trying to record Tupac's life from all angles." Bolton, who was born and raised in Houston, Texas, has been very successful at capturing the many facets of Tupac's life. Through his extremely popular Hip Hop YouTube channel, he has been able to interview other Hip-Hop legends, such as Grandmaster Melle Mel, and gain firsthand background players' stories in the process.

With over 233,000 subscribers and counting, The Art of Dialogue is a mainstay in Hip Hop culture and conversation. You can expect a lot more groundbreaking interviews in the near future.

Source: The Art of Dialogue, LLC