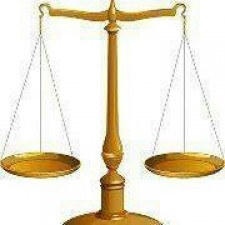 San Francisco, Calif., May 10, 2017 (Newswire.com) - #ThaarJustice is a non-profit campaign aimed at raising awareness among people from all countries in the area of human rights, law and justice. It aims to help everyone who is subjected to injustice of any kind through social media participation. Per #ThaarJustice, published before 1/7/2017 (and if you follow @thaar on Twitter and @faristaie on Facebook), comments will be republished through all the social networking sites dedicated to this campaign to get more influence in the world public opinion.

Writing a simple sentence in the #thaarjustice will greatly benefit the support of justice, as it will be shared with us and their friends. It is an easy way to educate and raise awareness about injustice in the world, which will reduce crime, including terrorism, as the exchange of these messages on a large scale will force governments, including Iraq and its judicial systems to apply the principles and laws of justice in their countries and will force the countries to implement the law properly.

Over the last 30 days, London, St. Petersburg, Paris, Germany and many other cities around the world have been exposed to terrorism. This is the result of injustice and lawlessness in many countries. This calls for a serious and firm stand by respected journalists to push governments and judicial authorities around the world to act in accordance with the law and to apply law, justice and humanitarian regulations properly and in a complementary manner.

"Our goal is to involve society and encourage everyone to think about the important ideals of justice," Thaar Al-Taiey said. If we succeed in activating #thaarjustice, we will publish a new website that seamlessly integrates social media tools into rich and effective social media pages and links them with international human rights organizations, UN organizations and human rights organizations to our community in a single location to promote digital communications to the community in new and innovative ways, and we hope that this will attract partners who may never have heard of "#thaarjustice" or who may not know what we are doing to our communities and allow us to communicate our message better to our current supporters.

Thaar said the idea of the campaign came after several countries were exposed to terrorist operations and after the outbreak of crime and non-accountability in many countries. The spread of crime and acts of terrorism in the world are all the result of injustice and the failure to apply law and justice correctly and the failure to apply the rules and regulations of human rights.

Over the last 30 days, London, St. Petersburg, Paris, Germany and many other cities around the world have been exposed to terrorism. This is the result of injustice and lawlessness in many countries. This calls for a serious and firm stand by respected journalists to push governments and judicial authorities around the world to act in accordance with the law and to apply law, justice and humanitarian regulations properly and in a complementary manner. This will help greatly in preventing the spread of crime Including terrorism in many countries of the world. We may not in the twenty-first century tolerate such a violation of human rights and justice.

The injustice and lack of applying the law by the Iraqi courts or in any other country are fundamental to the spread of crime, including the terror crimes in all countries of the world. Standing with the right applying of the law will reflect positively on all countries of the world. This is the real responsibility of the respected media by standing with truth, justice, human rights and humanity.

Thaar added that those who have been subjected to injustice do not leave the matter; "There is no right to be lost if the successor demands." The oppressed must try once and twice and insist on their demands until they get their rights and publish them in newspapers and international satellite channels and social media.

#Thaar_Majeed_Hassan holds a Master degree (MSc) in Computer Engineering (MSSE), Bachelor of Science degree (BSc) in Electrical Engineering (BSEE) and ITIL Certificate. He has more than 22 years of experience in the Automated System fields, and he is the author of a number of technical papers and books. He owns TW@thaar, FB@faristaie, inst@thaar_altaiey and YT@thaar taiey accounts to enforce the law, justice and human rights. Al_Taiey also holds several Geneva justice consultant certifications.

We are a non profit org to Enforce law, justice and human rights and aiming to help people who suffer from injustice 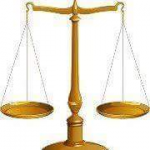