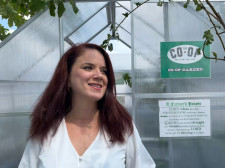 SAN ANTONIO, October 28, 2022 (Newswire.com) - Elizabeth Bolger Paprocki recently launched her business, Kitchen at the CO-OP, and is now also the General Manager of The CO-OP SA, which is owned by her husband, Stephen Paprocki. Some may consider this duo one of the longest-running power couples in San Antonio, Texas' expanding culinary industry.

Elizabeth refers to The CO-OP SA as a "culinary incubator" or a one-stop-shop for culinary entrepreneurs, made up of some of San Antonio's top independent food-related businesses, chefs and companies that support them.

"Liz has a huge passion for people and helping them achieve their success. She's a big cheerleader for other companies, advising them and helping them grow," says Tiffany Arredondo-Feeney, founder of Be Happy Meals.

Elizabeth has been working around the clock to make The CO-OP SA San Antonio's number one facility and resource for the culinary industry, her Kitchen at the Co-Op is available for rent. She also hopes to open an additional commercial kitchen/prep facility and tasting room in the very near future.

The Kitchen is housed in a built-to-spec space in 23k+ overall square feet of the facility, operated by The CO-OP SA on the northeast side of town and has continued to grow at a rapid pace, fulfilling the needs of local culinary entrepreneurs, from food trucks to large production kitchens. The Co-Op SA is also an approved food truck commissary by the City of San Antonio.

"We can help guide these entrepreneurs as they navigate through this often-complex industry," says Elizabeth.

When asked how she juggles everything, Elizabeth explains that she doesn't sleep, and she means it quite literally. She starts her day at 7 am and is usually burning the midnight oil.

"I'm happy about the progress The CO-OP has made in a relatively short period of time. We knew there was a need for the comprehensive offerings we provide culinary entrepreneurs, but we had no idea there would be such a great demand. We literally can't expand fast enough," says Elizabeth.

Elizabeth has been working alongside her husband, Stephen Paprocki, for almost a decade now, helping develop their other businesses, such as Texas Black Gold Garlic and Pharma from the Farm.

Additionally, she's always been an integral part of any event put on by the nonprofit, Chef Cooperatives, which raises funds for local farmers and ranchers.

For more information on The CO-OP SA, visit thecoopsa.com or call 210-638-8822. Elizabeth Bolger Paprocki can be contacted directly at kitchenatthecoop307@gmail.com regarding Kitchen at the CO-OP.

About The Kitchen at The Co-Op

The Kitchen at the Co-OP is a women owned business. Located in San Antonio Texas. Elizabeth Paprocki is the Owner and Founder. This kitchen gives small start ups a place to make their dreams come true. 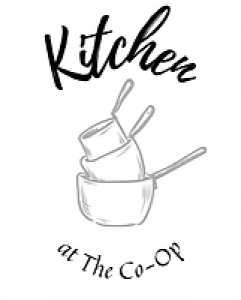