Texas Regional Announces Additions to Board of Directors 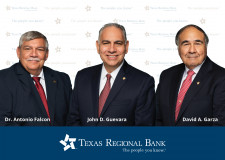 HARLINGEN, Texas, August 5, 2021 (Newswire.com) - Texas Regional Bank has elected Dr. Antonio Falcon, David A. Garza, and John D. Guevara to the Texas Regional Bank Board of Directors. "These new directors were chosen for their knowledge, community involvement, integrity, and leadership backgrounds," said Michael Scaief, Chairman for Texas Regional Bank. "The addition of these three gentlemen will help ensure we are equipped with the experience and perspectives needed as the bank continues to grow," he added.

Dr. Antonio Falcon attended Baylor College of Medicine where he completed his family practice residency in 1980. Since then, Dr. Falcon has been actively practicing Family Medicine and is currently the medical director at Family Health Center in Rio Grande City, Texas. In 2015, he was awarded Physician of the Year by the Texas Academy of Family Medicine and was inducted into the Rio Grande Valley Walk of Fame in 2016. Dr. Falcon is actively involved in his community as he currently serves on four boards and has a history of civic activities.

David A. Garza attended Texas A&M for two years, followed by The University of Texas Pharmacy School where he graduated with a B.S. in Pharmacy. Since 1980, he has owned and operated The Medicine Shoppe Pharmacy in San Benito. Garza has a history of community and public service. He is an active member of Queen of the Universe Church and St. Joseph's Catholic Church in San Benito, Texas, and is currently serving on a number of boards. Garza is also the Cameron County Commissioner for PCT 3.

John D. Guevara earned a Bachelor of Business Administration from The University of Texas at Brownsville and graduated with his Juris Doctorate from Texas Southern University's Thurgood Marshall School of Law in 2004. That same year, he joined the Linebarger firm, making Partner in 2006 and Capital Partner in 2013. He holds certificates in mediation and dispute resolution and in international and immigration law. Guevara is also a member of the State Bar of Texas as well as the American, Cameron, and Hidalgo County Bar Associations. Guevara is very involved in his community as he serves on four boards and volunteers at local and regional levels of Boy Scouts of America.

Texas Regional Bank is a community-focused bank with bankers who live and work in the communities we are in. 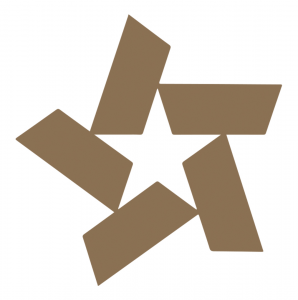