LOS ANGELES, August 9, 2022 (Newswire.com) - The American Bar Association is currently considering a proposal that would make standardized testing optional in the law school admissions process. TestMasters, an education company that has helped hundreds of thousands of law school applicants prepare for the LSAT, is contributing to the public debate by publishing a series of articles during the open public comment period, which expires on Sept. 1.

Over the past several decades, the LSAT has been the most important factor in the law school admissions process — and for good reason. Studies have consistently shown that an applicant's LSAT score is by far the single best predictor of first-year law school grades, outperforming the next-best predictor (undergraduate GPA) by more than 40 percent. No other admissions tool is specifically designed to ensure that law schools accept only those applicants who appear capable of satisfactorily completing a program of legal education and ultimately passing the bar.

The LSAT gets its predictive power from the fact that it tests only those skills that are essential to the study of law, as evidenced by a comprehensive 2018 survey in which nearly 500 law professors rated a variety of tasks in terms of their relevance to law school coursework. The tasks rated "highly important" by at least 75 percent of respondents — such as reading critically, identifying key facts, and applying general principles to specific cases — are the same ones test takers must perform in order to achieve a high LSAT score. In other words, the LSAT measures what law professors know is necessary for success in law school.

"The LSAT is not an administrative hurdle or an arbitrary way of ranking candidates," says Robin Singh, founder and CEO of TestMasters. "The reading and reasoning skills it tests are fundamental to practicing law, so the exam provides crucial feedback about whether someone is ready to pursue a legal career. Admitting people to law school before they've developed these skills is setting them up for failure."

Given how valuable the LSAT is for making informed admissions decisions, Singh maintains that the American Bar Association — the national accrediting agency for law schools — is undermining the vital role the test plays. Recently, the ABA weakened Standard 503 of its accreditation rules (which requires that applicants take a valid and reliable admissions test) by allowing schools to accept the GRE as a substitute for the LSAT. The GRE, however, is not a law-school-specific test; rather, it is a general barometer of a student's basic academic competence and was created to help colleges evaluate applicants to various master's degree programs in fields such as archaeology and linguistics.

"A large portion of the GRE is devoted to math, and everyone knows that algebra and geometry aren't relevant to the study of law," says Rachel Sheffield, who serves as the Director of Academic Support at TestMasters and has been teaching both the LSAT and the GRE for nearly twenty years. "The ABA's decision to permit law schools to rely on the GRE is baffling."

The ABA is now advancing a proposal that would eliminate the standardized testing requirement altogether and effectively gut Standard 503. "Adopting the proposed changes to this standard would take us even further down the wrong path," Sheffield says. "Law schools would then have the option to make admissions decisions based primarily on an applicant's undergraduate GPA, which is a far less reliable metric than the LSAT and doesn't allow for a true apples-to-apples comparison between candidates. A 3.7 in communications from one school doesn't mean the same thing as a 3.7 in physics from another."

Determining who gets into law school and who doesn't is a serious matter. In TestMasters' view, abandoning the LSAT — the best tool available for making objective and fully-informed admissions decisions — would keep many qualified candidates out of the legal profession and would lead many other candidates to incur life-changing debt in pursuit of a career for which they are not yet prepared. A law school that chooses to remain ignorant of its applicants' skills isn't making its admissions process fairer or more holistic; it's simply increasing the likelihood that its first-year attrition rates will skyrocket and that its bar passage rates will plummet. Since the ABA is responsible for setting best practices for law schools and the legal profession as a whole, it must require schools to utilize the LSAT as part of the admissions process. Any other course of action makes no sense. 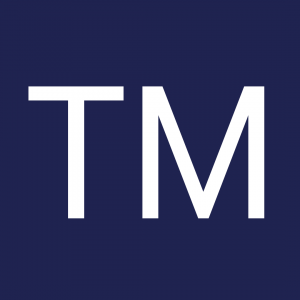