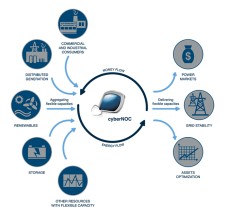 VPPs with their flexible aggregated assets offer a cost-efficient alternative to conventional power plants. To ensure their technical and economic feasibility, communication systems are of crucial importance.

In this context, cyberGRID experts Christoph Gutschi and Peter Nemcek joined forces with key industrial actors and conducted research and development to evaluate the OpenADR 2.0b communication protocol, comprising the public Internet infrastructure to facilitate trading of distributed energy resources (DERs) as a flexible resource on the energy market. Data exchange based on the OpenADR 2.0b protocol between a cyberGRID VPP in Slovenia and a terminal management system in Germany over a period of several weeks confirmed OpenADR’s ability to communicate all kinds of messages essential for mFRR (“minute reserve”) to participate in the German market. Further, the tests assessed the selected quality of service parameters – required bandwidth, amount of traffic, message patterns, latency (round-trip time), packet loss and retransmissions.

In particular, the performance of the VPP communication system utilising OpenADR 2.0b was tested in the scope of BESIC, a completed research project run by several partners including research institutions, Vattenfall and the HHLA AG, the largest German port operator at the HHLA Container Terminal. The project investigated the dynamic charging of battery stacks for automated guided vehicles (B-AGVs) used to transport containers between ships and storage areas at the port of Hamburg, Germany, from both environmental and economic perspectives.

In this study, the VPP collected electricity market data (e.g., accepted bids containing the clearing price and volume information) from an electricity market simulator using historic data from the German minute reserve market (mFRR). It was demonstrated that the investigated OpenADR 2.0b communication architecture can fulfill functional requirements related to flexibility-related data exchange, when only minor adaptions are added to the protocol.

“OpenADR standards meet all the requirements for communications in European markets for electric energy and ancillary services. OpenADR has the potential to become the dominating protocol for power market communication in Europe in the near future," Christoph Gutschi states.

The final version of the paper Virtual Power Plant Architecture Using OpenADR 2.0b for Dynamic Charging of Automated Guided Vehicles was accepted by the International Journal of Electrical Power & Energy Systems and is now available online. The link to the full text https://authors.elsevier.com/a/1XPyYWJH6Hev8 will remain publicly available for interested individuals, without requirements for sign up, registration or fees, until Sept. 8, 2018 on ScienceDirect.

Further details about BESIC can be found on the website of HHLA:

If you would like more information about this topic, please contact Christoph Gutschi, Senior Project Manager at cyberGRID: Email at cg@cyber-grid.com. 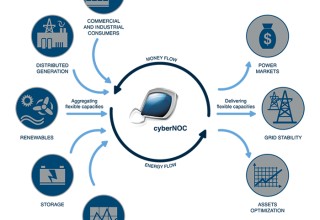 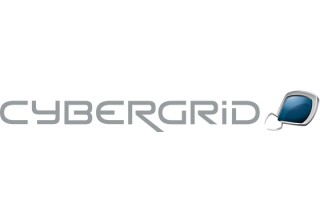 Founded in 2010, cyberGRID is specialised in the development of innovative Demand Response and Virtual Power Plant solutions boosting the efficient use of existing energy generation resources across Europe.